The Lady Realtors were warned by the PNVF on Thursday evening that they will be fined a withdrawal fee of P50,000 and could face a suspension or other sanctions once the case is elevated to the International Volleyball Federation (FIVB).

Encarnado, however, stood his ground, pinning the blame on the brouhaha over Phillips' ITC requirement squarely on the shoulders of organizers.

The longtime team manager of the Sta. Lucia team in the PBA and one-time chairman of the pro league bared to Spin.ph that his team only learned last week that Phillips needs an ITC to play in the Champions League set from November 20-25 in Lipa City.

"How come all of a sudden na sila nagpapatakbo [ng tournament[ they will now be imposing that to us at this late in time. Last week lang nila sinabi sa akin e. Ang gulo pala niyan.”

Encarnado said he made the decision to field his team in the Champions League not because of the quality of the competition but because of Barroga’s desire to get a feel of the team after he was hired as head coach last September.

“We relented to coach Barroga’s request just for him to have a feel of the team, not because we believe na yung tournament is okay, sad to say,” he said.

“Sinasabi nila you go ahead with the rest of your team. Ikaw ba kung wala yung key player mo sasama ka sa one-week tournament? Hindi, [because] it will not give you the purpose lalo masasayang yung expenses mo.”

“Dapat when you invite teams from the very beginning, klaro and they failed to come out with the regulations. Too late the hero for you to say about yung requirements about ITC most especially PNVF made use of our player without the issue of ITC,” he said.

“It is so mind-boggling to me na kayo mismo na organizing will now all of a sudden request for ITC.” 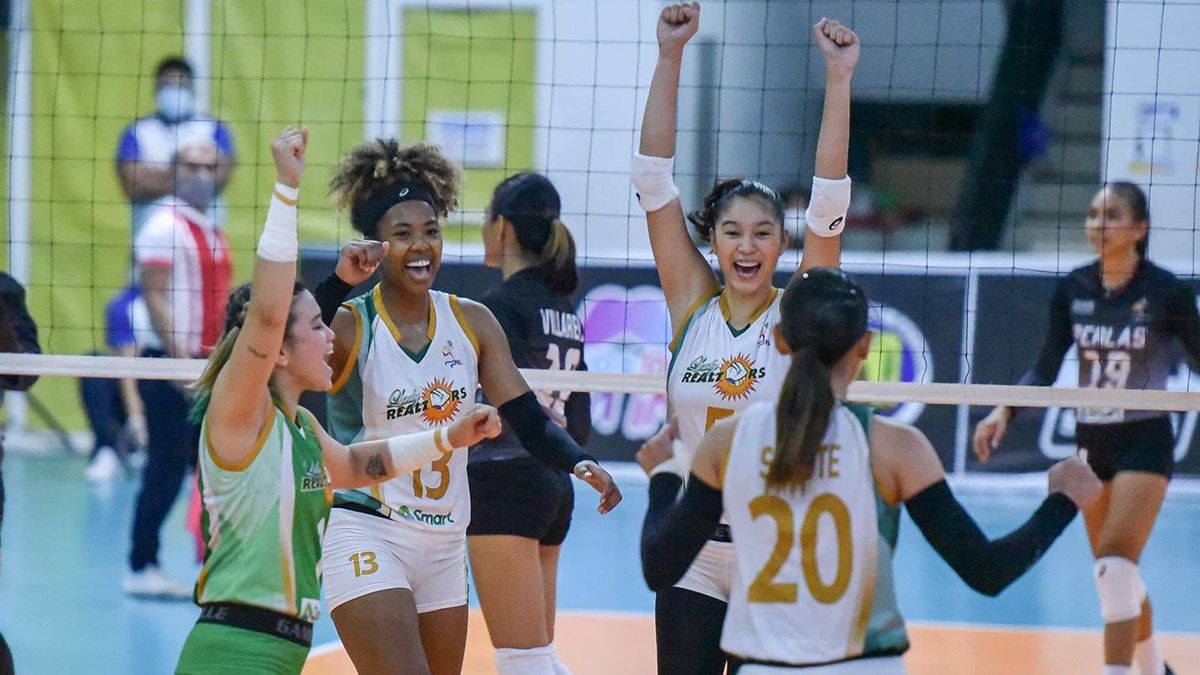 The 26-year-old Phillips has been with Sta. Lucia since 2017 and was never required to present an ITC while playing for the Philippine Superliga until early 2020 and even in the inaugural Premier Volleyball League pro tournament last July and August.

However, PNVF claimed that Phillips is still under the jurisdiction of USA Volleyball and therefore needs an ITC to play in the Champions League.

The Filipina-American hitter played for Choco Mucho, one of two Philippine teams in the Asian Women's Club Volleyball Championship last month in Thailand and didn’t need an ITC since it’s not a national team tournament.

Encarnado stood defiant that his team won’t pay the fine, reiterating that the PNVF should have made the requirement clear right from the beginning so they could've at the very least discussed the situation with Phillips.

“I don’t think we will pay that. We are not at fault e. I will pay that kung sinabi nila sa akin na ITC is a problem. There was no regulation. There is no full disclosure. In the absence of full disclosure, I cannot be held responsible for something that it was too late in the ball game to be called upon,” he said.

The Lady Realtors team manager insisted that he is not picking a fight but only protecting his team.

Phillips left for the US on Thursday evening. Encarnado assured that the team will comply if their Fil-Am star will be required to have an ITC in future tournaments.

“Magco-comply tayo but in the future. Ngayon ko lang nalaman yang issue na yan e. I am compelled to back out simply because of the irrational moves of the organizer,” he said.