RICHARD GOMEZ and six other top local players have secured their places, two slots are allotted for foreign reinforcements, leaving only five open spots in the Philippine team that will see action in next month’s Asian Men's Club Volleyball Championship.

The actor-sportsman earned his place in the national team in a fourth sport as the Philippine Volleyball Federation announced its partial lineup on Thursday at the NBA Café at SM Aura in Taguig. 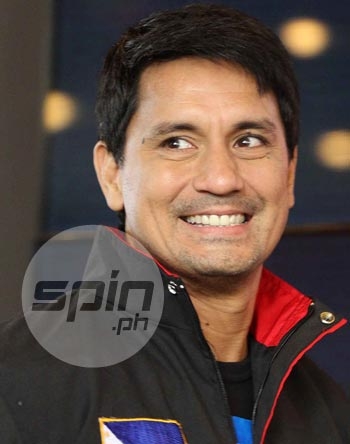 Gomez, who has won medals for the country in fencing and has also donned the country’s tri-colors in rowing and shooting, will be joined by former college star JP Torres, Ron Jay Galang, Jeffrey Malabanan and Alnakran Abdilla in the team dubbed as “Power Pinoy” squad.

Australians Cedric Legrand and William Robert Lewis were tapped to reinforce the team in the tournament meet set April 8 to 16.

Legrand and Lewis played in the Victorian Premier League, where the former was named MVP last year.

The PVF hopes to fill the five spots soon and train as one team and the association plans to pick players from the top collegiate teams.

“We are waiting for the top players of UAAP and NCAA, we can probably invite them to join us,” said assistant coach Otie Camangian, who is also the UAAP volleyball commissioner and secretary general of the PVF.

The tournament features 18 teams competing for the right to represent Asia in the 2014 Volleyball World Cup Championship in Betim, Brazil in May.

The Philippines is in Group A with Iraq, Kuwait and Mongolia.

Iran, Japan, Lebanon and Vietnam are in Group B, while Qatar, Kazakhstan, Oman, Hong Kong and Turkmenistan compose Group C.