REBISCO yielded to Sirjan Foulad Iranian with a 15-25, 22-25, 5-25 defeat in the Asian Men’s Club Volleyball Championship opener on Friday at the Terminal 21 competition hall in Nakhon Ratchasima, Thailand.

The Philippine men’s volleyball team received a baptism of fire in its first competition after two years as the Iranians proved too much, especially in the third set where they unleashed a fiery 9-0 start and never looked back.

Rebisco only scored one attack in the third set while its remaining points came from the four errors of Sirjan Foulad Iranian, which jumpstarted its Pool B campaign in dominant fashion. 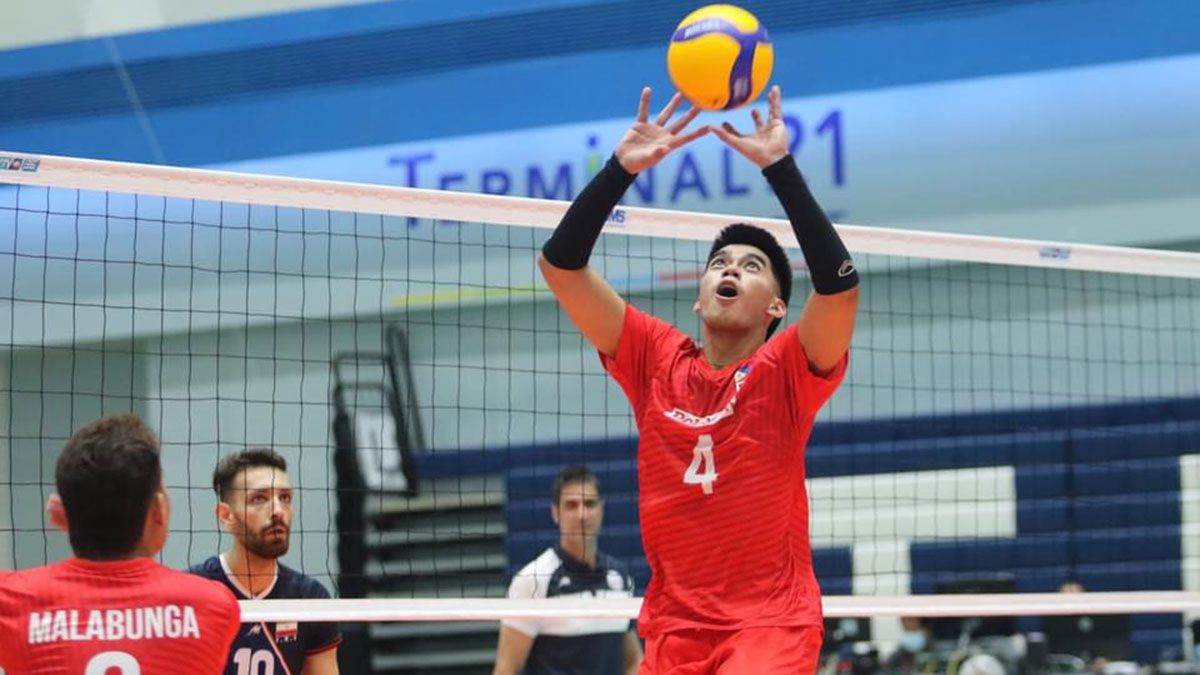 The Filipino Spikers showed some life in the second set, fighting back from a 12-18 deficit and cut the lead down to just one, 22-23, after Jao Umandal’s back-to-back kills but a missed serve from Mark Alfafara and Umandal’s attack error allowed the Iranians to escape and take the two-set advantage.

Rebisco takes on Uzbekistan’s AGMK on Saturday at 11 am (Philippine time).

Two from the five teams in Pool B will advance to the semifinals.

Mohammad Sadeghi Malati led the Iranians with nine points only playing in the first two sets.

Khani Ramin also finished with nine off five attacks, two blocks and as many as aces, while Mojtaba Gholizad, who only played in the last set, added six markers.

Alfafara and Umandal carried the cudgels for Rebisco with seven points each in the team’s first game since winning the Southeast Asian Games silver medal last December 2019.

Nico Almendras also scored six points —including the lone kill of the team in the third. Rex Intal and Kim Malabunga combined for nine markers from the plays orchestrated by setter Josh Retamar.

The Filipino Spikers missed stars Bryan Bagunas and Marck Espejo, who are currently in Japan as imports in V.League.