A 0-2 start may not be the best announcement of F2 Logistics' return to the Premier Volleyball League (PVL), but team captain Lindsay Stalzer believes it was an experience the Cargo Movers needed to go through to find their groove.

"I think we had a dose of humble pie after those first two games. So maybe it was good for us," Stalzer said after F2 booked its second straight win at the expense of PLDT on Tuesday in the 2022 PVL Reinforced Conference.

"It gave us kind of a wake-up call, that we need to step it up, maybe work a little bit harder, maybe prepare a little bit more seriously," she added.

A multi-titled team in the Philippine Superliga, F2 has yet to make its mark in the PVL. After finishing sixth in the Open Conference and skipping the Invitationals early this year, the Cargo Movers suffered back-to-back losses to league-leading Chery Tiggo and Choco Mucho on opening week.

Worse, Stalzer had to miss the debut game after being placed under health protocols, while multi-awarded libero Dawn Macandili skipped two games due to an undisclosed injury.

As the Cargo Movers finally pick up its pieces with the return of Stalzer and Macandili and notching their first win at the expense of UAI-Army, another key player - Fil-Am open spiker Kalei Mau - is now sidelined due injury.

The Cargo Movers need at least three more wins to safely make the playoffs - quite a task considering they have yet to face powerhouse Creamline (3-0) and defending champion Petro Gazz (2-1) which they play on Saturday at Sta. Rosa Sports Complex in Laguna. 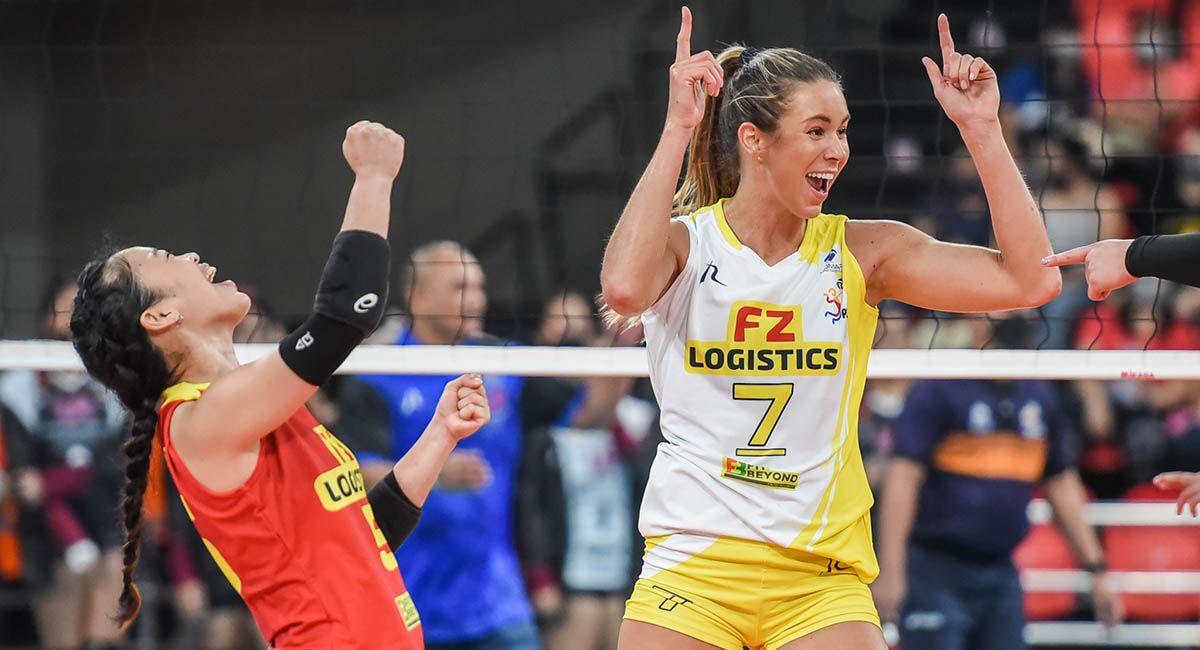 Despite the run of bad luck, the 38-year-old American import said the injuries open up opportunities which the other F2 Logistics players should seize.

"Maybe it’s a blessing in disguise. It’s challenging all of us to step up. Some players are stepping into different roles and have to make it work," she said. "Maybe this will make us better in the long run. And so when we do have everyone healthy, we’ll be that much higher on top, hopefully."