VETERAN coach Roger Gorayeb is coming home to the league where he spent 14 years of his coaching career after PLDT has transferred to the Premier Volleyball League.

PVL has inked a three-year broadcast partnership with Cignal on Thursday and also welcomed Manny V. Pangilinan-owned teams PLDT and Cignal from the Philippine Superliga as announced by Sports Vision president Ricky Palou.

It was a bittersweet feeling for Gorayeb. He is elated at his homecoming in the PVL after three years, but more than that he's happy that volleyball is finally close to return to action amid the Coronavirus pandemic.

But the PLDT head coach also felt bad as they had to leave the PSL due to management's decision.

Gorayeb has won most of his titles in the Sports Vision-organized league, which started as the Shakey's V-League from 2004 to 2016. He coached San Sebastian, Ateneo and PLDT during those years.

In the PVL era that started in 2017, Gorayeb coached BaliPure and steered the franchise its first title in the Open Conference and had a new sponsor for his championship core, PayMaya, in the following season before they transferred in the PSL as PLDT Power Hitters. 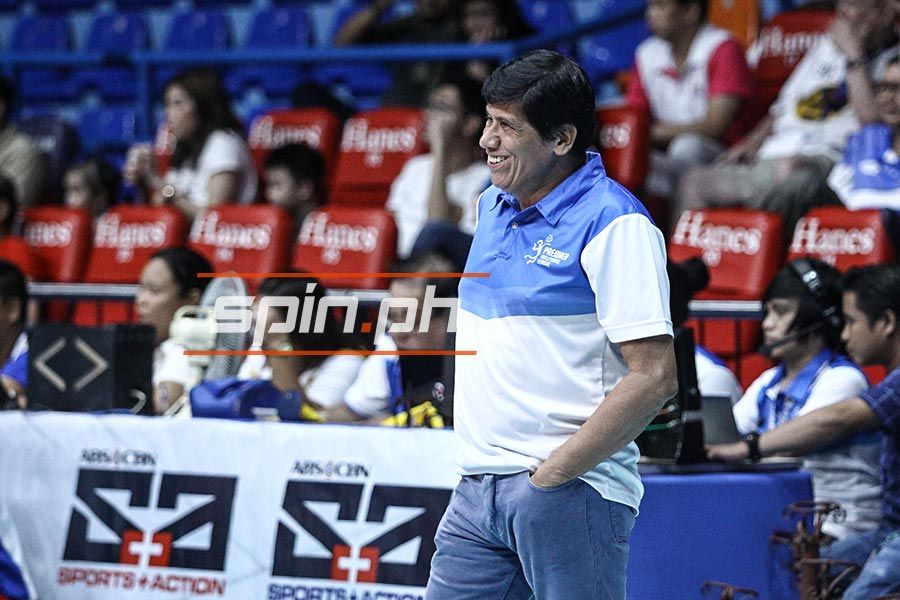 The PLDT franchise is set to return in the Sports Vision-organized league since the Alyssa Valdez and Jaja Santiago-led squad dominated the Shakey's V-League with two championships in 2015.

Although Gorayeb is returning with a brand new environment with PVL becoming the first professional volleyball league in the country, he believes that the competition is equal as everyone is coming off a year of inactivity due to the pandemic.

The PLDT coach did not disclose his new recruits but he hinted that the revamped Power Hitters have what it takes to win a title in the Open Conference under a bubble format tentatively set in April at the Inspire Sports Academy in Calamba, Laguna.