LAOAG, Ilocos Norte — The Premier Volleyball League looks to stage its next tournament in Manila starting in October or November, with F2 Logistics joining the competition.

The PVL completed a 10-team month-long bubble at the PCV Socio-Civic and Cultural Center in Bacarra despite delays caused by heavy rains and the Covid-19 situation which forced the officials to compress the latter part of the tournament.

PVL president Ricky Palou bared they’re eyeing another tournament with the teams staying at the hotel of their choice in a hotel-venue-hotel set-up.

The league has yet to decide on a venue, saying things still on the Covid-19 situation, IATF and the local government unit.

One thing is for sure, F2 Logistics, which skipped the Open Conference due to several injuries, will finally make its pro debut in the next conference.

“F2 Logistics is going to come in. Ang sinabi nila they won’t join this first conference kasi a lot of their players are injured, they’re not in shape and all that,” Palou said. “Sinabi sa akin ni Efren Uy yung owner na kung may second conference they will join so we’ll have at least one additional team.”

“So that should make the league more interesting ’di ba? Because everybody knows na malakas din itong F2 so we’ll see what happens,” he added.

The league will also have a video challenge system, which was derailed in the Open Conference due to logistical difficulties.

“We need a video challenge because there were some calls na controversial but walang magawa because sabi ng referee ganun, sabi ng line judge ganiyan, so there was nothing they could do about it,” he said. “We feel that it’s a very important instrument that we should have in our games so this time around, we will make sure that we’ll get the video challenge.”

It was a roller coaster PVL bubble as it was forced to transfer from the Centennial Arena in Laoag to PCV Socio-Civic and Cultural Center in Bacarra after the former was placed under Modified Enhanced Community Quarantine a week before the opener.

Hours before the opener last July 17, a member of the Perlas delegation tested positive that caused postponement of its first week matches. They eventually saw action and completed their elimination-round matches. 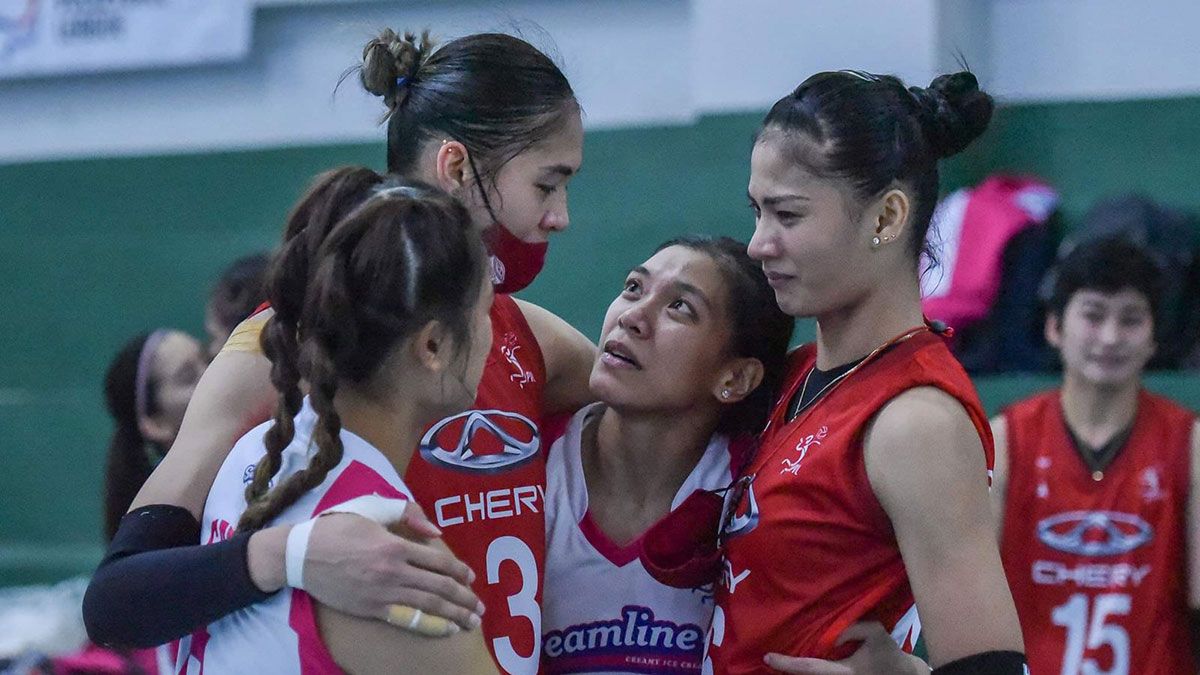 The Open Conference also overcame weather delays due to heavy rains causing slippery spots on the playing court and power outage, especially in the second day of the tournament as Petro Gazz and Army waited for a three hours before the court was declared playable.

The PVL also played daily in the final weeks of the tournament including the final three playdates of the elimination, semifinals and finals.

The league said coaches and team managers agreed with the compressed schedule.

“Everything worked out well sa awa ng Diyos se survived all of these natapos namin yung tournament and everybody at the end of the day was happy na natuloy at natapos,” Palou said.

“As you can see sa mga games maganda naman yung level of play ‘di ba? We’re glad that the teams managed to stay in shape and compete very well against each other.”