PLDT's second successive win improved its chances of securing one of two remaining semifinal berths with a 3-4 record. At the same time it ended Cignal's two-game win streak, dropping the HD Spikers to 3-3.

Russian import Elena Samoilenko powered PLDT with 27 points built on 23 attacks and four blocks to go along with 11 digs. Middle blockers Dell Palomata and Mika Reyes chipped in 15 and 11 markers, each, while Toni Basas added 10. 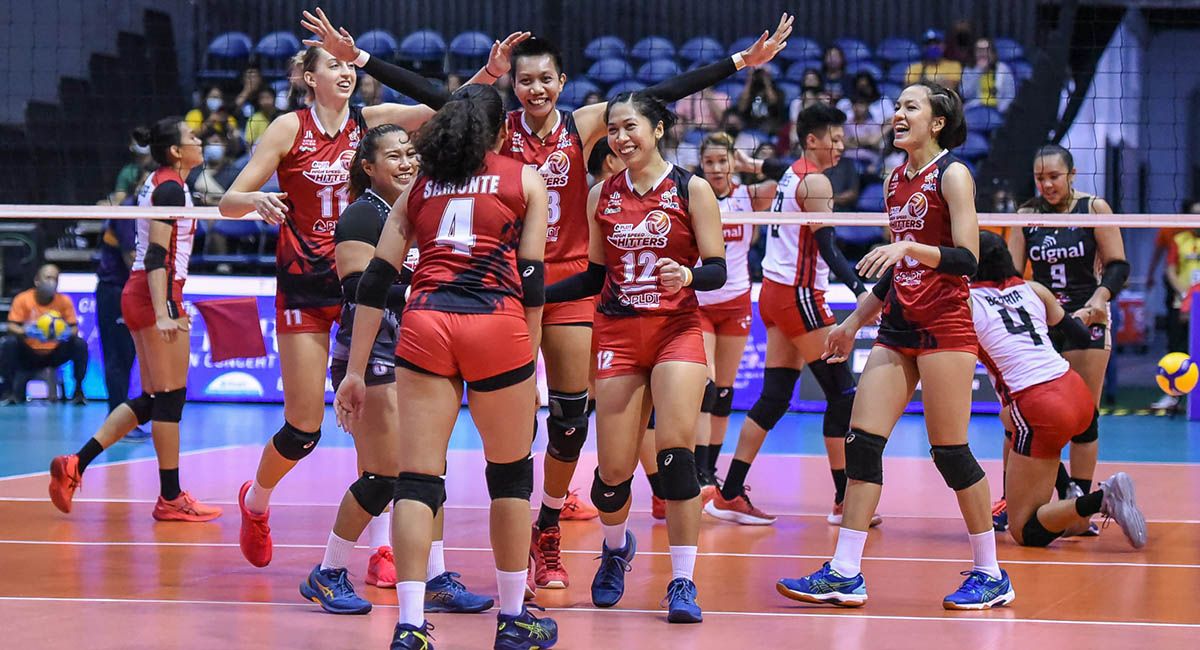 "Today was really a good game in the first set and second set. We had good concentration. But the third set, we were a little bit loose. Maybe not good receive, not good serve," Samoilenko said.

The HD Spikers threatened to forced a decider with a hot 8-13 start to the fourth canto, but the 6-foot-4 Samoilenko led a 5-0 PLDT run capped by a Mika Reyes block that forced a 14-all deadlock.

PLDT never looked back and finished the match with a successful foot fault challenge on Rachel Daquis, 25-21, to keep its Final Four bid alive.