PACIFICTOWN Army turned back BaliPure, 25-17, 25-16, 27-25, to cop its second straight win in the Premier Volleyball League Open Conference on Wednesday at The Arena in San Juan.

Royse Tubino and Lutgarda Malaluan combined for 23 points for the Lady Troopers, who improved to 4-3 win-loss record at the No. 5 spot.

Coming off a straight set win over Chef’s Classics on Saturday, Pacific Town Army coach Kungfu Reyes hopes that this will spark their momentum.

The Lady Troopers looked to end the match, 24-23, after a Tubino kill but Malauan’s untimely error tied the contest, 24-24. Jovelyn Gonzaga gave Pacific Town Army its second match point but her error tied the game once again, 25-25. 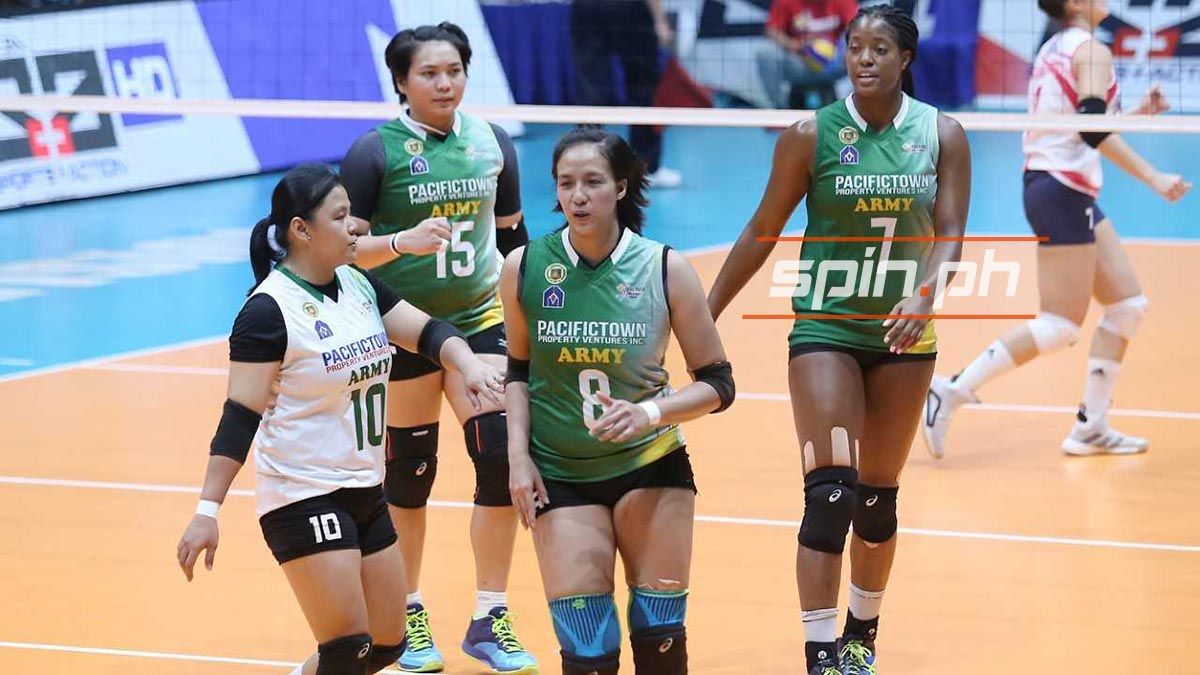 Pacific Town Army will end the first round of elimination on Saturday when it faces Air Force at 4:00 p.m.

It will also be a good send off for Reyes and Gonzaga, who will fly to Thailand on Sunday to join the rest of the national team in the 12-day training camp in Bangkon and the Southeast Asian Grand Prix from September 20 to 22 at Nakhon Ratchasima.

Team captain Grazielle Bombita finished with 13 markers for BaliPure, which slid to the No. 8 spot with a 2-6 win-loss card.