Why Nicole Tiamzon was extra emotional after Perlas' first win

BACARRA, Ilocos Norte — Nicole Tiamzon and the Perlas Spikers are elated to finally earn their first win in the Premier Volleyball League (PVL) Open Conference after all they’ve been through.

Tiamzon didn’t hold back in expressing her emotions for every spike she nailed as Perlas took down Cignal in four sets on Thursday at the PCV Socio-Civic and Cultural Center.

And when the HD Spikers committed a crucial error that served as the winning point for the Perlas Spikers, the 5-foot-6 outside hitter and her teammates went into a wild celebration for their first win after a two-game skid and a week of delay due to a delegation member contracting Covid-19.

For the former University of the Philippines stalwart, words aren’t enough to describe the happiness of their team after clearing a major hurdle inside the Laoag bubble. 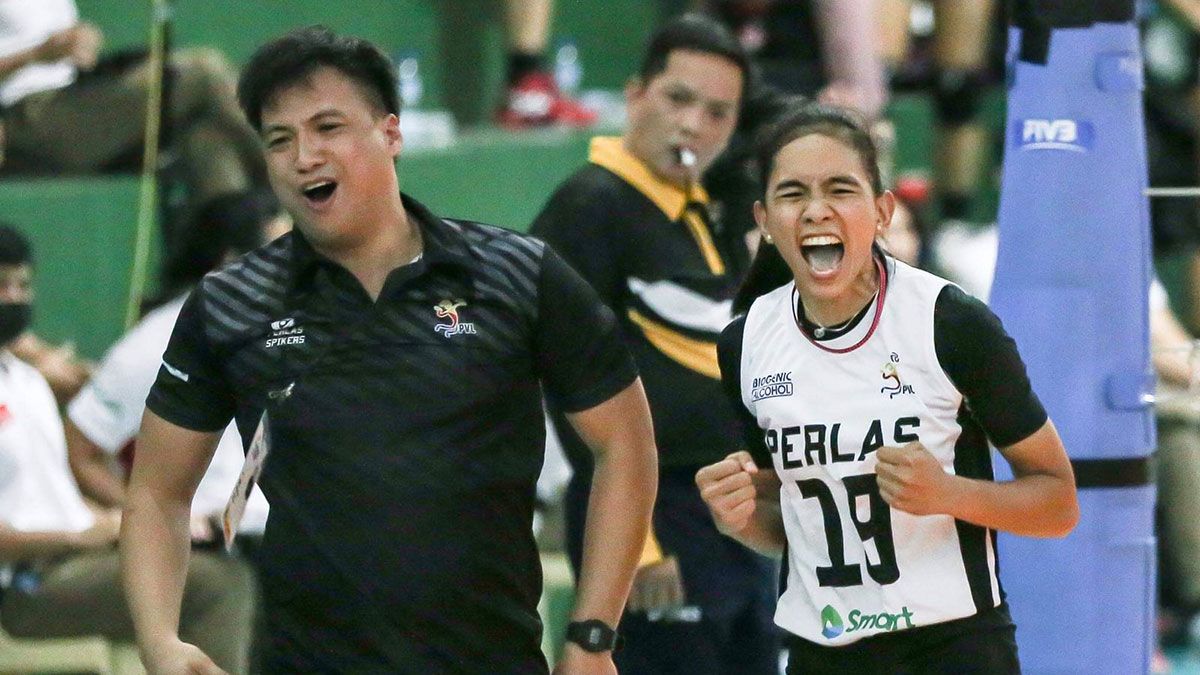 Perlas head coach Rei Diaz was happy to see his wards play with confidence. Tiamzon said they didn’t want to waste this chance; That’s why they played with courage even though they were coming from back-to-back losses.

The Perlas Spikers gained a huge confidence-booster as they improved to a 1-2 record. But in less than 24 hours, they take on the Petro Gazz Angels to cap their loaded week.

Tiamzon hopes to pick up from where they left off.