KIM Kianna Dy put up a wall at the net against Creamline's open spikers in F2 Logistics' come-from-behind win over the Cool Smashers in the 2022 PVL Reinforced Conference on Tuesday night.

The strong blocking game of the Cargo Movers proved to be the turning point in the third set when F2 started the thrilling fightback from a one-set deficit before a big crowd at the Smart Araneta Coliseum.

From the 14 blocks of the Cargo Movers, Dy stood tall with six of her own and had at least one block on Creamline stars Alyssa Valdez and Jema Galanza and import Yelo Basa.

"He said, this is your job to block these people, so I took it as a challenge. Okay, Coach Boc, I’ll do my best," she added. 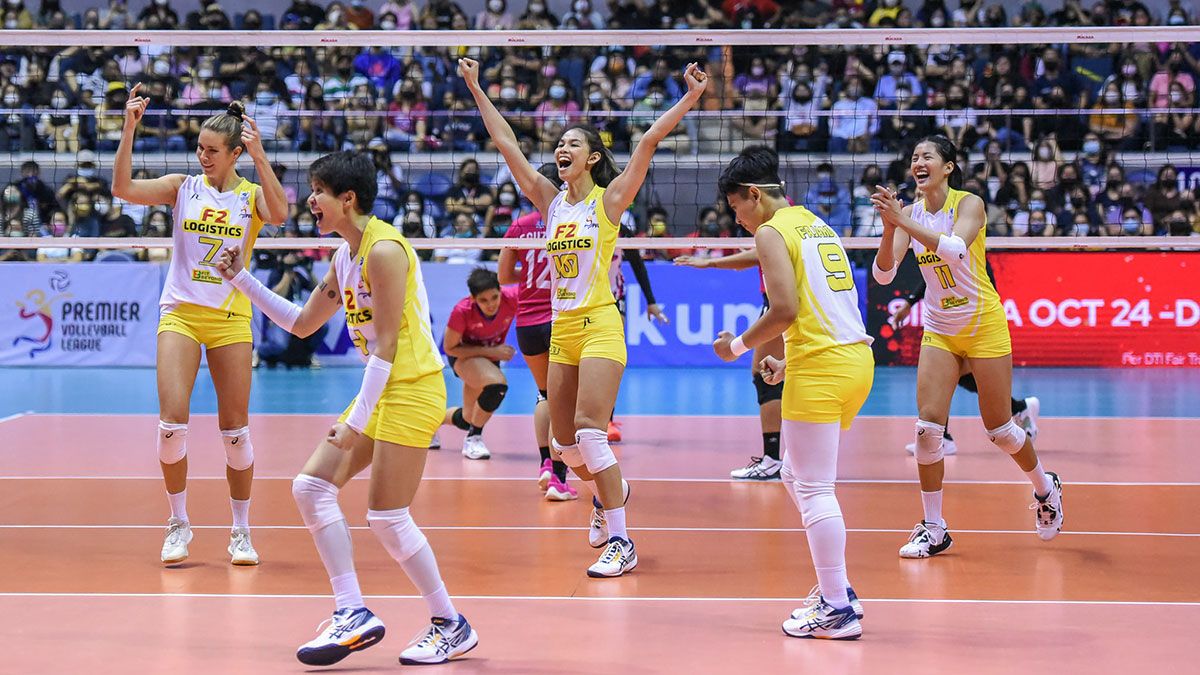 This is not the first time Dy faced multi-titled spikers Valdez and Galanza, who she already fought against in the UAAP during her time with the Dela Salle Lady Spikers - knowledge she put to good use on Tuesday night.

"We played against Alyssa and Jema during our college years, so we know already how they move, how they play, so it was kind of an advantage. Inaral din namin, players change naman. In college, they were spiking like this," Dy said.

Interestingly, it was during Dy's breakthrough season in her collegiate career that La Salle snapped Ateneo's three-peat run in Valdez's final UAAP campaign in 2016, ironically also at the Big Dome.

The Lady Spikers were crowned UAAP Season 78 champions, and Dy was hailed as the Finals MVP.

"We all know Kianna. More than a veteran, she's also, siguro pagdating ng time namin sa La Salle, isa din siya sa go-to players. She knows how to play in big games and she showed it," Valdez said of Dy.

The win boosted the Cargo Movers' record to 3-2 (win-loss) - two wins away from securing a spot in the Final Four where Chery Tiggo and Creamline are waiting.

F2 looks to inch closer to the final two slots in the playoffs when it faces Akari on Tuesday, also at Smart Araneta Coliseum.