BACARRA, Ilocos Norte — Kat Tolentino is deflecting the credit to her teammates even as she continues to lead the way for Choco Mucho in the PVL Open.

The 6-foot-1 Opposite Spiker is averaging 17.3 points through six unbeaten matches for the Flying Titans, but noted she does well because of a well-balanced roster featuring by Maddie Madayag, Ponggay Gaston and Bea de Leon.

“For me, that's the role that coach (Oliver Almadro) gave me and I'm just able to do my role because my teammates are doing their roles,” said Tolentino after dropping 18 points in their three-set victory over Black Mamba-Army on Monday.

“It's not just me actually, it looks like it because I'm the one scoring but in the end if the team doesn't receive, if they don't set, if they don't dig and defend, if the middles don't fake the blockers, I can't spike so I'm just thankful that it really is a team effort and it's not just my spiking,” she said.

Almadro is happy that Tolentino continues to live up to her role. 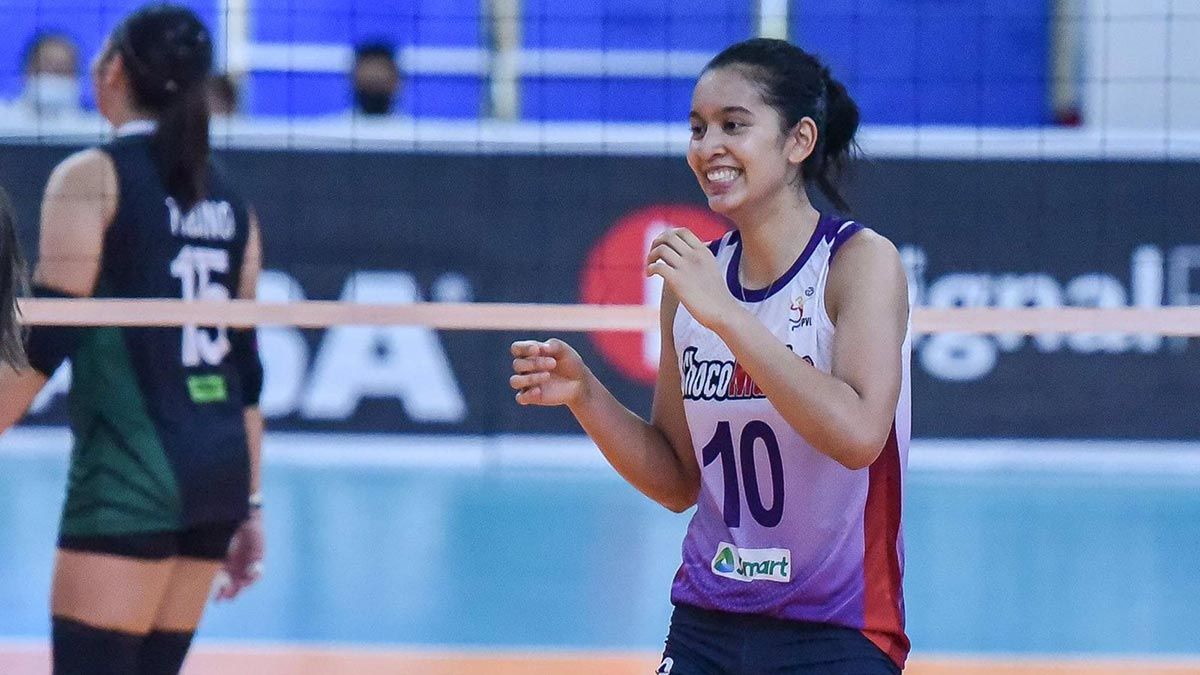 Last conference’s Best Opposite Spiker vows to work to harder to continue the solid play as they prepare for matches against Creamline (5-1) on Wednesday, Chery Tiggo (5-2) on Friday and Petro Gazz (4-2) on Sunday.

“Of course, I take on the challenge. It's still a team effort and I'll continue to give what I can in terms of scoring and in other ways hopefully as well,” she said.

“We'll study them but in the end we'll focus on our side of the court and really follow Coach O's system because that's what has been successful for our team,” she said. “I really am thankful that the team has adapted to his system well and I hope that we can continue to improve from here.”