JHO Maraguinot is all charged up to return to action with her new team, Perlas Spikers, after a draining lockdown lull that cut short her final playing year for Ateneo.

Maraguinot's return to the UAAP only lasted for two games after Season 82 was scrapped by the COVID-19 pandemic. Collegiate leagues have yet to return a year after the wipeout and eligibility extension for the senior players is still up in the air.
That's why the outside hitter dubbed as "The Eagle Claw" decided to turn pro and join the Perlas Spikers ahead of the Premier Volleyball League Open Conference tentatively set in May under a bubble format at the Inspire Sports Academy in Calamba, Laguna.

"It has always been what I wanted to do. Especially when the UAAP got cancelled; I'm so eager to play again. With everything being uncertain, being able to play again is something that would bring happiness not just to us players but also to the volleyball fans," said Maraguinot in a statement. 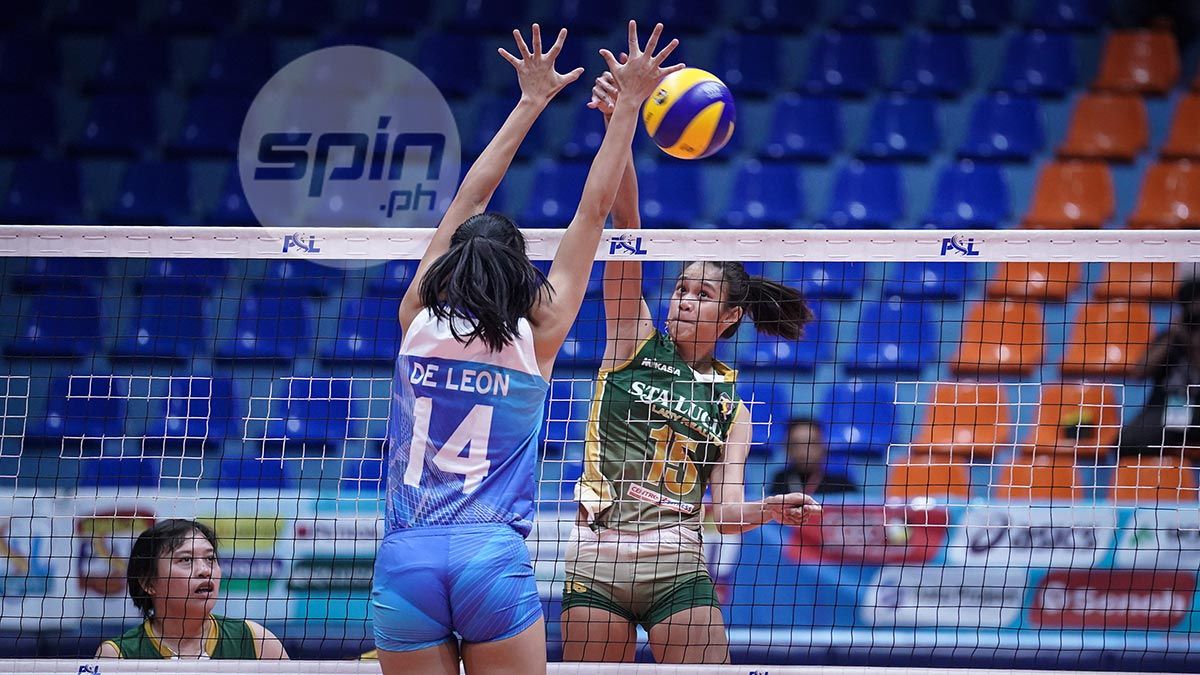 At first, she was hesitant because of her recurring injuries, but the 25-year-old spiker couldn't pass on this opportunity given by Perlas to return to action after a year of inactivity and be part of the historic 12-team field professional debut of the PVL.

"Perlas is giving me an opportunity to play. I was really hesitant at first just because I'm scared that my investment on my rehab will be put to waste if I injure myself again," Maraguinot said. "But I realized that this is also an opportunity to regain my confidence with my body and my game."

"Honestly I have no idea what to expect. I'm just really excited to play again and this time not as a UAAP player but a pro volleyball player," said the member of the Lady Eagles' perfect title run in 2015.

"I'm really excited because for sure everyone is eager to get back to that court and do what we love doing. For sure everyone will have a different level of competitiveness. Naipon sa one year na quarantine," she added.

Perlas Spikers returned to small group practice a few weeks ago at the Ronac Gym in San Juan. With the National Capital Region placed under Enhanced Community Quarantine this Holy Week, Maraguinot remained disciplined despite being limited to individual home workouts as she prepares for her pro debut.

"It has always been the self-discipline. Especially now that we train by ourselves at home. It is easy to be tempted to not do everything that the coaches want you to do. You have to push yourself to train properly even if you just make do of what you have at home," said Maraguinot.

With the Perlas Spikers eager to get over the hump this season after settling for three bronze medals in the last four PVL conferences, Maraguinot believes that team work makes the dream work as she teams up with Nicole Tiamzon, Kathy Bersola, Cherry Nunag, Heather Guino-o, setter Jem Ferrer, and libero Thang Ponce.

"No matter what team, it would always have to be a great teamwork. Which will come from trusting each other inside and outside the court," said Maraguinot.