AFTER making history as the first Filipino volleyball player to win a championship in international league, Jaja Santiago's next mission is to lead Chery Tiggo in the Premier Volleyball League.

Santiago helped Ageo Medics complete a V Cup championship run with a 26-24, 20-25, 25-21, 25-17 victory over the NEC Red Rockets in a winner-take-all Final on Sunday at the Ota City General Gymnasium in Tokyo, Japan.

The historic accomplishment of the 6-foot-5 middle blocker made the whole country proud, including her Chery Tiggo head coach Aaron Velez.

“I’m very happy and have high regard in Jaja’s accomplishment to win a title overseas,” Velez told Spin.ph. “Her dedication and perseverance to continuously hone her volleyball skills and to compete with foreign players is truly something to be proud of and admired. Well deserved!” 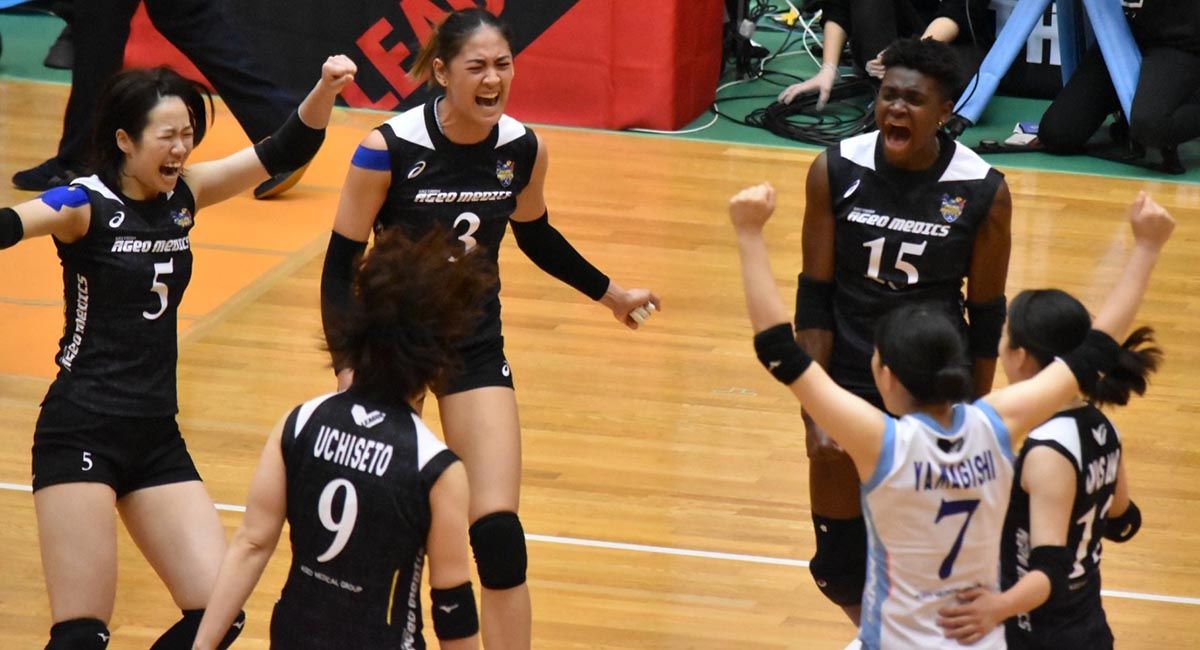 Although Santiago has yet to bare when she is flying home, Velez said the former UAAP MVP is going to lead the Crossovers in the PVL Open Conference tentively set in May under a bubble format at the Inspire Sports Academy in Calamba, Laguna.

“She’s part of our roster and I think it will definitely be an advantage that she’s able to train and to compete in a high level of game,” he said.

For the Chery Tiggo head coach, the 25-year-old’s game has evolved in her third season with Ageo Medics, where she played for eight months in Japan amid the COVID-19 pandemic.

“She’s faster and more aggressive in attack and blocking. Truly, her type of game got matured,” Velez said.

When Santiago returns to the local league, she is set to play in a new battle field as she rekindle her college rivals like Alyssa Valdez of Creamline, Kat Tolenino, Maddie Madayag and Bea De Leon of Choco Mucho and she is also set to battle her former National University teammate in Myla Pablo, who is now with Petro Gazz.

The multi-awarded middle blocker also earned several titles in her stint with the Sports Vision-organized league as she was part of PLDT’s title run in the 2015 Shakey’s V-League Open Conference and led the Lady Bulldogs to Collegiate Conference ‘three-peat’ from 2015 to 2017.