The Angels showed a glimpse of their three-headed monster after Soltones, Myla Pablo and Ces Molina worked as one wrecking crew to beat Black Mamba- Army in four sets on Sunday at the PCV Socio-Civic and Cultural Center.

Soltones was PLDT’s go-to scorer two years ago before she signed with Petro Gazz in 2020. Pablo won multiple MVPs and titles for Pocari Sweat and was Motolite’s main spiker, while Molina anchored Petron’s title success in the Philippine Superliga before their teams got disbanded.

How is it working so far? Soltones said the three of them accepted that being selfless should always prevail over their egos. 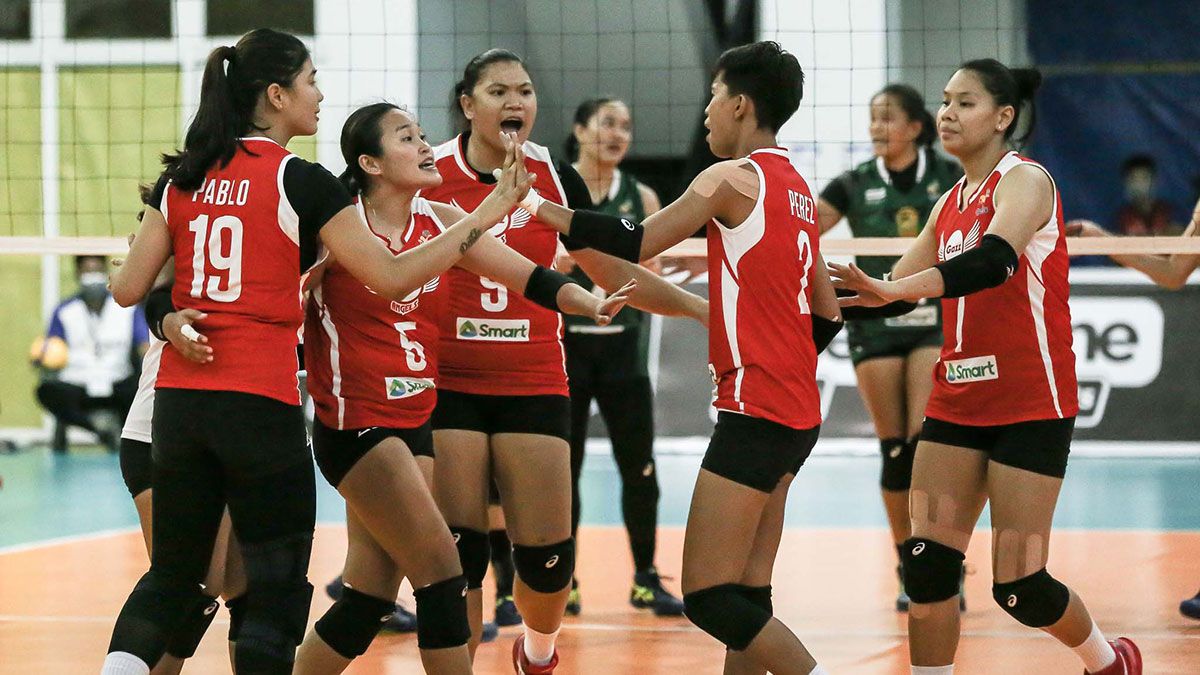 Molina, who was converted from outside to opposite hitter, said she and her teammates have accepted their respective roles for them to work as one unit in Petro Gazz’s title quest.

Besides the Pablo-Molina-Soltones trio, the Angels also formed dreaded frontline with ace middle blockers Ria Meneses and Remy Palma and tremendous floor defense from multi-awarded libero Kath Arado, who had 28 digs and 21 excellent receptions in her PVL debut.

Petro Gazz head coach Arnold Laniog, who only kept Chie Saet, Jessey De Leon and Rica Enclona from their 2019 squad, believes the best is yet to come for his new players coming off a short Bulacan training camp for their volleyball comeback after a year-long inactivity.

The refueled Angels will be tested right away on Tuesday, renewing their rivalry with Open Conference FInals nemesis Creamline.