Galanza plays coy on stare downs vs Wong, says it was all 'angas'

CREAMLINE’s open hitter Jema Galanza was quick to brush off her stare downs at ‘special someone’ Deanna Wong, saying she was only getting pumped up for their PVL Season 2 Open Conference match against Ateneo-Motolite.

Galanza and Wong have been very open about their 'special relationship' on social media and their fans get excited every time they cross paths inside the court.

On Sunday night, Galanza stared at setter Wong each time she nailed an attack against Ateneo's defense, to the delight of fans at the Batangas City Coliseum.

But Galanza insisted she was only bringing out her 'angas' and nothing else. 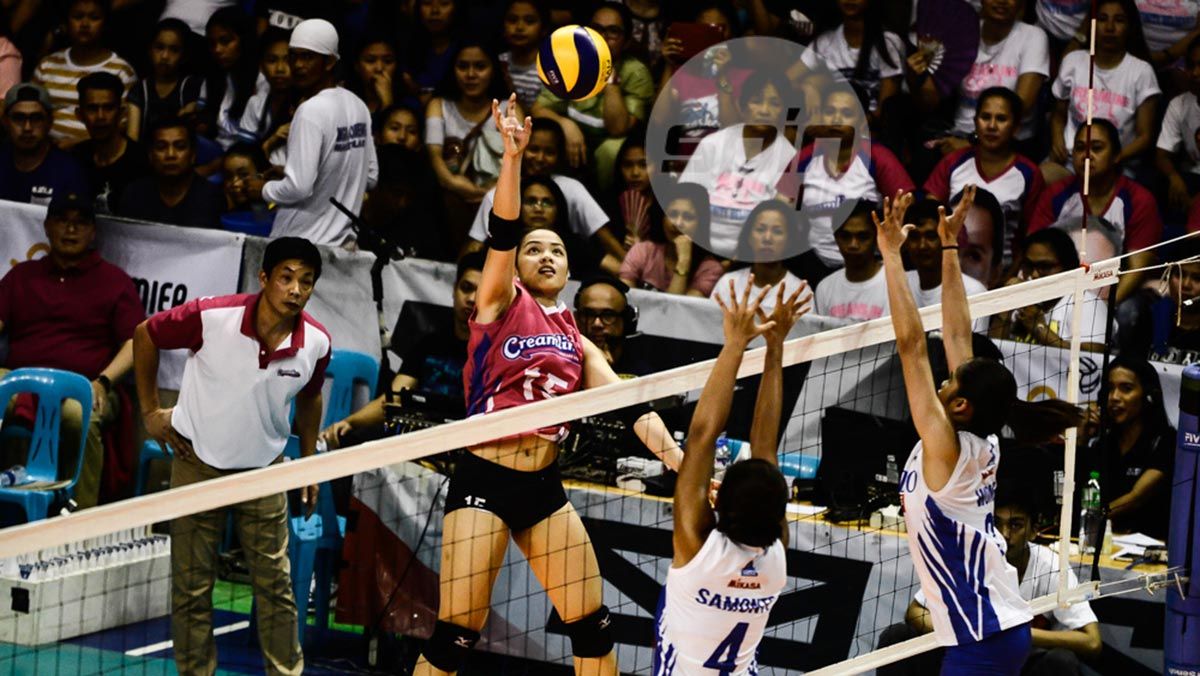 Galanza was gracious in defeat.

But that doesn't mean Galanza is cool with losing. She in fact is longing to get another shot at Wong and the Lady Eagles, if not in the semifinals then perhaps in the finals.