CHERY Tiggo is officially transferring to the Premier Volleyball League.

The Crossovers released a statement on Tuesday regarding their switch from Philippine Superliga to the PVL.

"The team has been in the industry for seven years, and it was deemed that now is the best time to reach new heights," posted Chery Tiggo on social media.

"The time to get PRO is now. The switch to becoming PRO is on. And we're all geared up to officially #BeThePro."

As the Crossovers are set to see action in the first professional volleyball league in the country, University of Santo Tomas stars Eya and EJ Laure have huge decision to make since they still have remaining playing years in the UAAP.

Eya has at least three more playing years for the Tigresses since her sophomore season was scrapped in 2020 due to the COVID-19 outbreak, while EJ's return in her fourth UAAP year was also derailed. 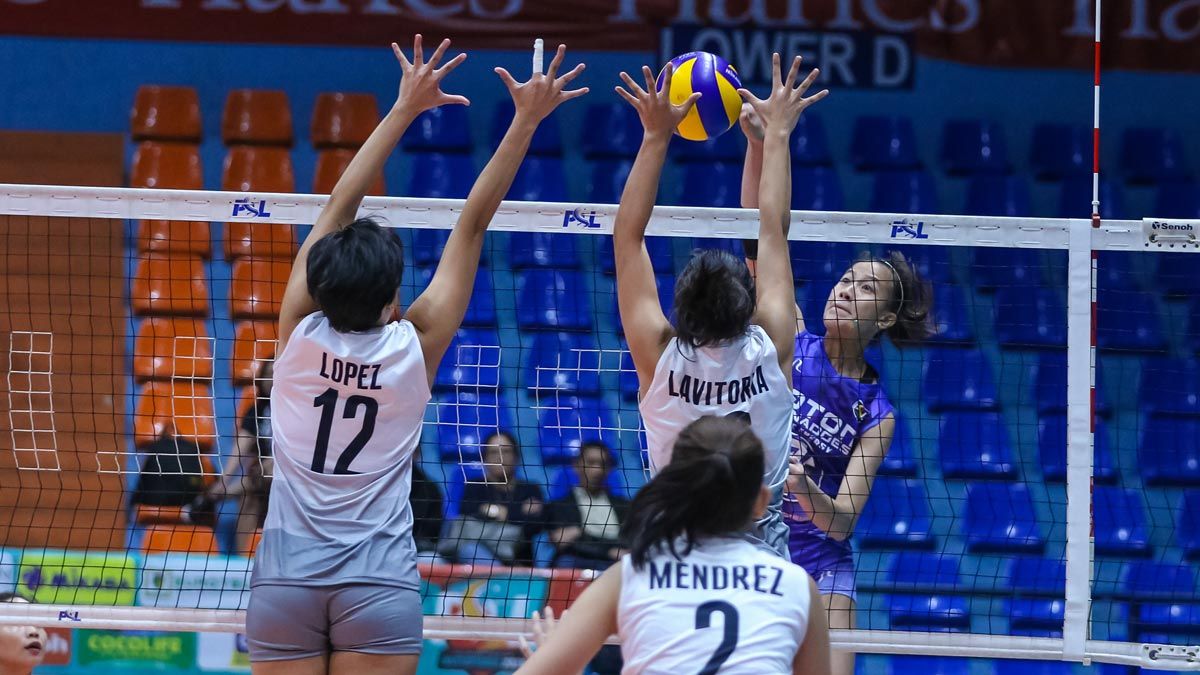 Chery Tiggo manager Jumbo Dimaculangan said the Laure sisters have yet to decide but they will respect whatever their decision will be.

"For Eya and EJ, we will support whatever their decision. It would be really up to them. Let’s see in the coming days," said Dimaculangan.

Sisters Jaja Santiago and Dindin Santiago-Manabat are also returning to the PVL.

Interestingly, Jaja faced her elder sister in the Finals when Manabat last played in Shakey's V-League 2015. Dindin was with Army and lost to PLDT led by her younger sister and Alyssa Valdez in an epic finals showdown.

Chery Tiggo, formerly known as Foton Tornadoes, has been playing in the Philippine Superliga since its inaugural year in 2013. The team, led by Santiago and import Lindsay Stalzer, won back-to-back Grand Prix titles in 2015 and 2016.

The Crossovers also expressed their gratitude to PSL, which has been their home for the past eight years.

"Chery Tiggo Crossovers managememt, team members, and staff, would like to extend our sincerest gratitude and appreciation to Philippine Superliga for being the team's home since the beginning," the team wrote. "The commitment of PSL to the sport allowed us to start journeys, surpass challenges in and out od the court; and most importantly, give inspiration to the Filipino youth to drive further and fuel the passion in pursuing the dream of becoming an athlete."