The 6-foot-5 middle blocker vaunted her deadly form to stun Alyssa Valdez and the Cool Smashers, who threatened with a late comeback that the much-taller Crossovers turned back.

Veteran middle blocker Maika Ortiz was a revelation in her first full game as she displayed her signature running attacks and timely blocks to stop Creamline’s 5-0 start in the bubble tournament and its 25-game winning streak dating back to August 11, 2019. 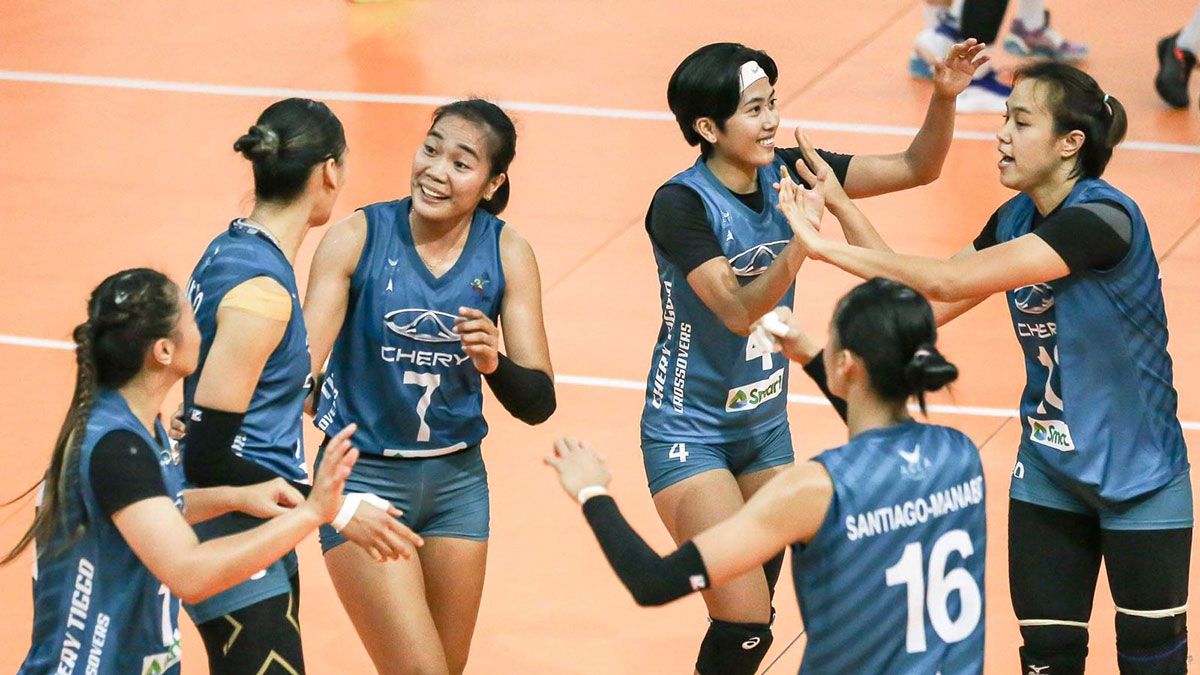 Chery Tiggo improved with 4-2 record in the solo fourth place, bouncing back from an overwhelming five-set loss to Sta. Lucia two days ago.

“Well definitely our team performed at their best today, Jaja, Dindin, and Maika were able to lead the team and that's what we're really hoping for,” said Chery Tiggo head coach Aaron Velez.

The Cool Smashers made a rousing third set comeback averting a 4-12 start and erasing a 19-23 deficit as they scored six unanswered points capped by Valdez’s clutch block on Santiago and her set-clinching attack to extend the match.

The Crossovers still got their acts together in the fourth set building a 22-15 spread.

However, Tots Carlos sparked Creamline’s last stand with four straight points to cut it down to just four, 19-23, but her solo run was halted with her own service error that put Chery Tiggo at match point and escaped with a win with Valdez’s attack error.

Creamline dropped to No.2 behind unbeaten Choco Mucho (5-0) in its first loss since Reinforced Conference finals Game 3 last July 14, 2019.

Valdez led the Cool Smashers with 16 points off 13 kills, two blocks and an ace. Carlos finished with 12 points coming off the bench, while Michele Gumabao added 10 markers and as many as digs.