by Lance Agcaoili
2 days ago

Creamline erased a 3-9 deficit in the fifth set with with Tots Carlos capping their late rally to steal the lead, 13-12. Jean Delos Reyes delivered the equalizer before Valdez’s heroics.

The Cool Smashers extended their winning streak to 23 games dating back to August 11, 2019. 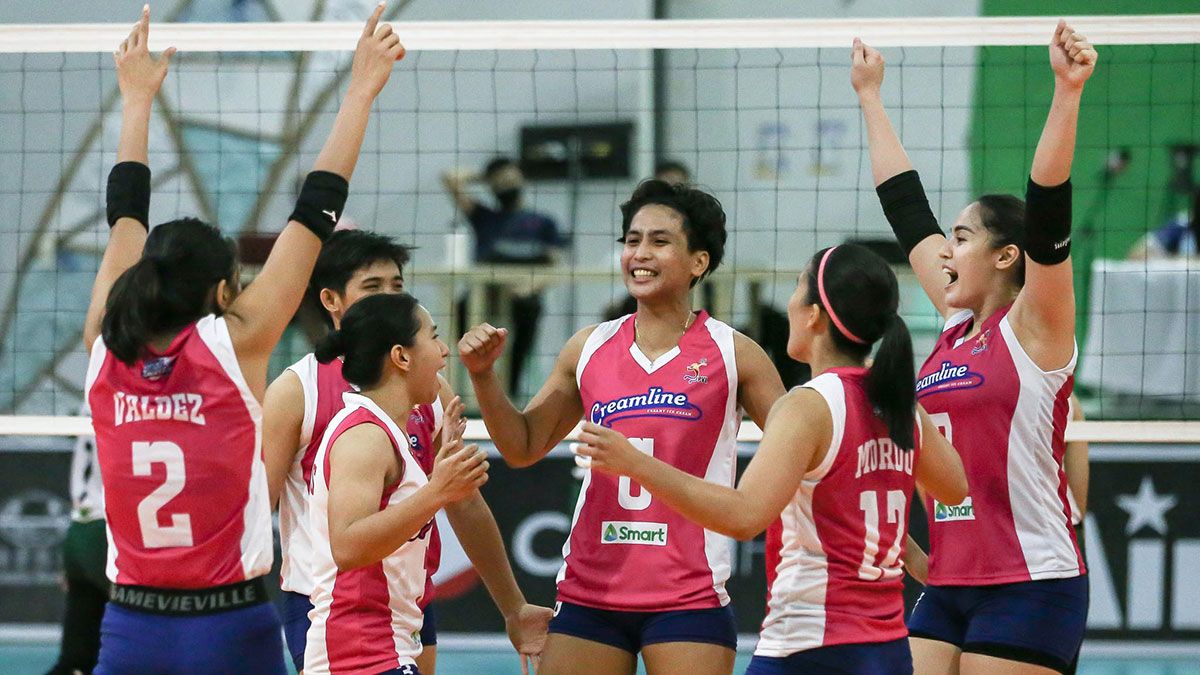 Tots Carlos also shone on her first start for the Cool Smashers, while Jema Galanza provided the spark from the bench as she came to the rescue in the fourth set to force a decider.

Middle blocker Jeanette Panaga sprained her right ankle from a block attempt when Delos Reyes tied the fifth set and was replaced by Celine Domingo.

Valdez came to the rescue and deliver the winning hits for Creamline to survive the grueling two-hour battle.

Carlos tallied a season-high 26 points from 24 kills and a pair of blocks. Valdez only nailed 16 spikes out of 52 attempts but still delivered the most important hits and finished with 20 markers and 17 digs.

Setter Jia Morado had 37 excellent sets as Risa Sato and Michele Gumabao contributed 13 and 12 points, respectively. Galanza only played limited action in the first three sets and finished with seven markers but she sparked Creamline’s comeback.

The Lady Troopers pounced on the Cool Smashers’ 39 errors but failed to close out the match and dropped to 1-2 win-loss record tied with Sta. Lucia.