Creamline has identified import in bid to complete Grand Slam

STILL two months away from the Reinforced Conference, Creamline is already setting its sights on what could be the crowning jewel to a first 'grand slam' in the Premier Volleyball League.

And with the system in place, coach Sherwin Meneses can’t help but look ahead.

“Actually, it’s a continuous system. The longer the system goes, the more it is improved,” said Meneses after steering the Cool Smashers to a straight-sets victory over KingWhale-Taipei in their winner-take-all match for the Invitational Conference crown at the SM Mall of Asia Arena on Sunday.

That should make the Open Conference champions stronger and fiercer when the season-ending Reinforced Conference fires off on Oct. 8.

“You can’t work out a system in one or two years. So, it’s a continuing process and there’s a lot of work to do,” added Meneses while stressing the need for his wards to stay healthy.

“Of course, if we are healthy, the job becomes a lot easier,” he added.

With the next tournament to feature imports, Meneses points out the need to tap a reliable, explosive reinforcement although he could conveniently rely on his deep, intact local bench that continues to get better and stronger each passing conference.

“It is very important to get a good import kasi almost 50 percent, talagang pupuntos yan,” said Meneses. “We already have one and we’re trying to bring her in early to practice with the team.”

He, however, wouldn’t disclose which position their import would play and how she would fit in in a team teeming with talents.

But one thing is sure though, Creamline will still rely on its vaunted attacking game anchored on heavy-hitters Tots Carlos, Jema Galanza and Alyssa Valdez while expecting to raise the level of their floor defense following their two-game matchup, including their five-set loss in the semis, with the young but talented Taiwanese. 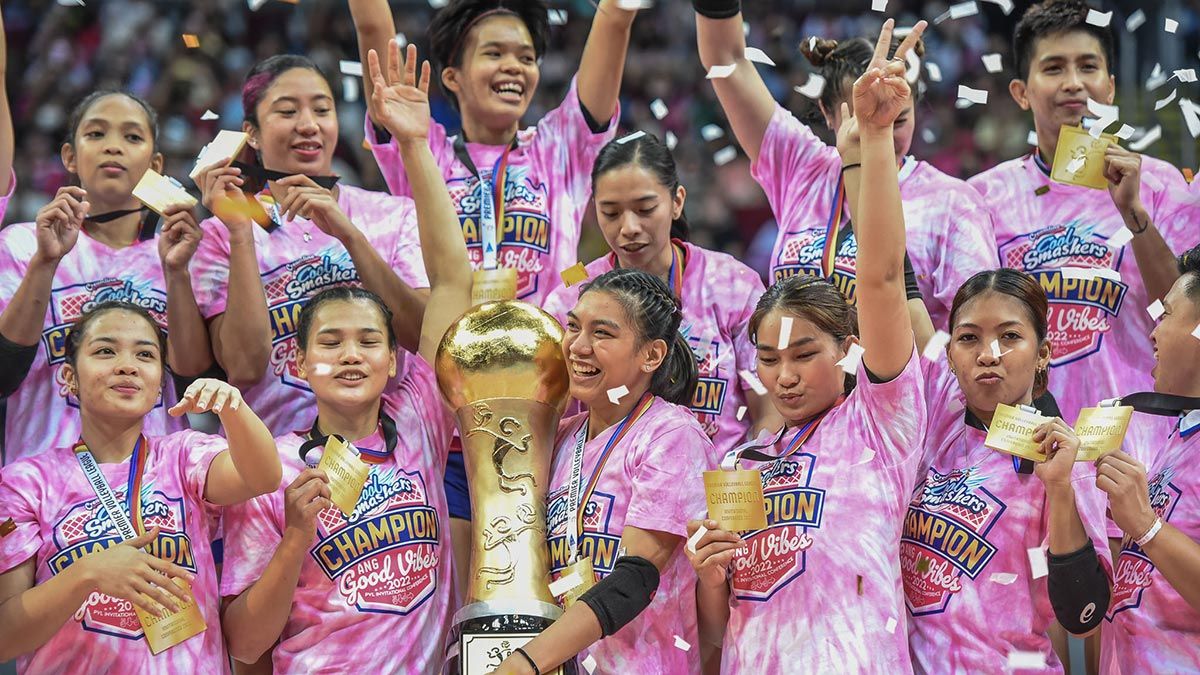 Strike hard the Cool Smashers did as back-to-back conference MVP Carlos and Galanza combined for 23 of the team’s 43 attack points, 13 more than the KWT side.

He also took notice of his wards’ never-say-die attitude, citing in particular Michelle Gumabao and Kyle Negrito’s breakout games while coming off the bench.

Gumabao scored four points and provided the spunk in their stirring second set rally from way down while Negrito came through with a slew of digs that had led to a series of Creamline’s attacks and helped overturn a huge deficit into a resounding triumph.

The Taiwanese never recovered from that meltdown and played listlessly and disorganized in the third that set the stage for the Cool Smashers’ romp to a second straight pro championship and the franchise's fifth in the league organized by Sports Vision.

The one-game title duel also produced a new star in Ced Domingo, who finished with 11 points, highlighted by four blocks, in a stint that netted her the Finals MVP honors.

He also commended Valdez for delivering the game expected of her despite being bothered by an ankle sprain, but Meneses reserved his last remark on Carlos, saying: “She deserved to be the MVP again since she worked hard for that. Kahit na isang daan palo na 'yan, hindi naman nagre-reklamo 'yan. Sana magtuloy-tuloy, madami pa 'yan. Kasi batang-bata pa.”

That makes the Cool Smashers' more than ready in their pursuit of the league's first "slam."