But the duo stressed their focus still remains with Cherry Tigo’s title quest.

Following the spike of COVID-19 cases here, the timetable for the Open Conference has been fit in, with the elimination matches set to be completed by Saturday. The semifinals and finals will be played right away, with no rest days in between.

With the change in the schedule, Santiago, Paat, and other national team members such as Dell Palomata of Sta. Lucia, and Ria Meneses of Petro Gazz, could train sooner with the national pool which is currently in bubble training in Batangas and handled by coaches Odjie Mamon and Brazilian Jorge Edson Souza de Brito. 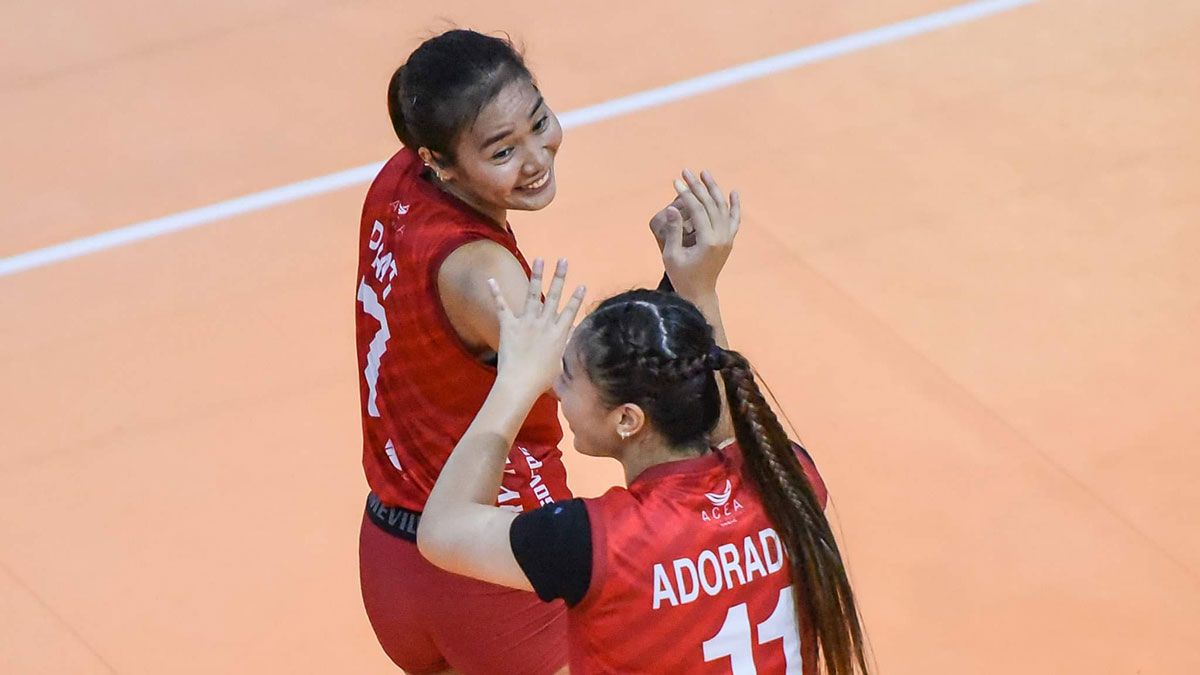 The Philippine team will compete in the 2021 AVC Asian Women’s Volleyball Championship from August 29 to September 5 in San Fernando, Pampanga.

Although they’re joining the team in great condition coming from the bubble tournament, Santiago said it will still be a grueling task for them, although that would give them more time to train with fellow pool members led by Aby Marano, Majoy Baron, Iris Tolenada, and young guns Eya Laure, Faith Nisperos, and Jennifer Nierva.

Paat said the situation is actually okay for the national team members currently playing in the PVL, but her focus remains with the Crossovers, who are on the cusp of making the semifinals with a 6-2 record.

Cherry Tiggo could play consecutive matches from its last elimination game against Choco Mucho on Saturday, a day before the daily best-of-three semifinals kick off.

Crossovers head coach Aaron Valdez understands the situation, but still grateful the league continues to play amid the spike of COVID-19 cases.

“The mere fact that we can still play, we just have to make use of it and be thankful the PVL is still here. We just have to be more mindful as regards to the protocols,” Velez said.

Santiago said Cherry Tiggo is up for the grueling challenge.

Paat added her team was prepared by the game-training-game set up, but at the same time, needs to be mindful about their bodies.