COLUMN: Queen Ly still reigns but a princess is looming

CHICAGO -- With Alyssa Valdez steering the wheel, Creamline was cruising along toward another routine trip to title land, up two sets to none in Game Three of the PVL open conference championships.

But the Cool Smashers never made it there. They swerved to a wrong turn, got lost, and were thoroughly defeated.

In the business of stunning news, this goes up there in the "man bites dog" headline.

"Choke. Choke," a reader wrote in a failed attempt to sell a baseless conspiracy theory at the Facebook page of SPIN.ph.

Dynastic teams do not fold like a deck of cards or melt under fire. Such tragedies do not inconvenience Creamline, not when queen Ly is in the building, healthy and serving her A-game. 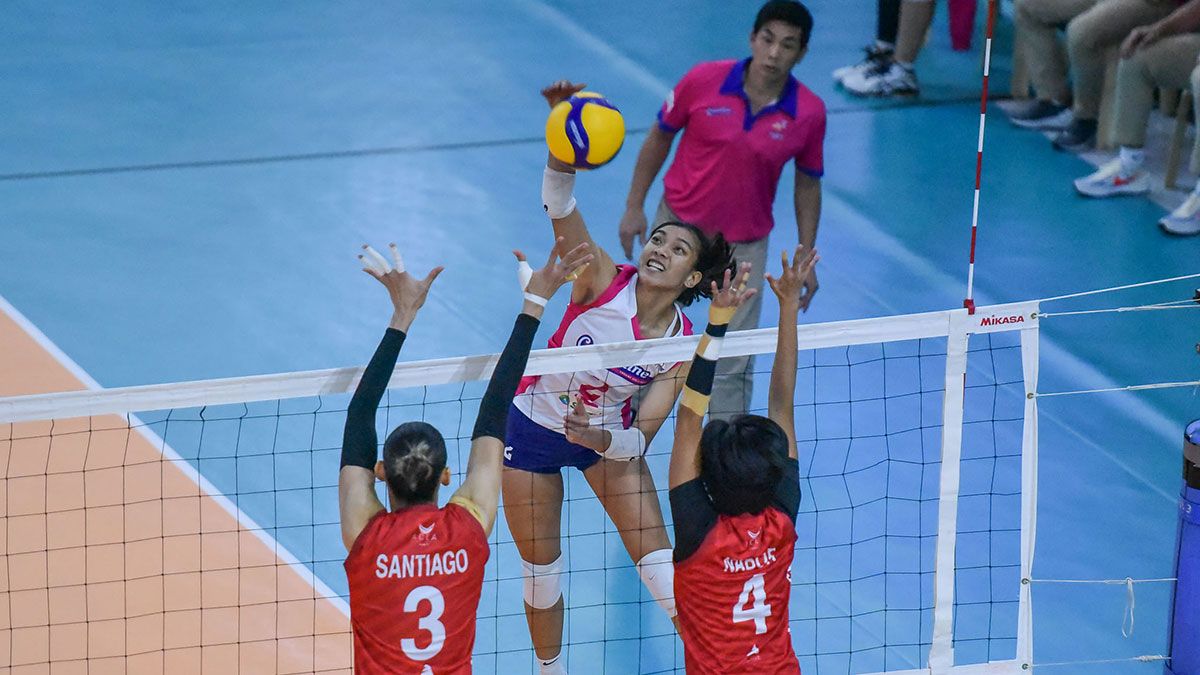 What happened Friday was no choke job.

It was simply a heist job, a brazen idea that was concocted on Thursday night and then executed to perfection on freaky Friday by a pair of hard-spiking siblings --- Jaja and Dindin Santiago.

"The sisters didn't want to lose, especially Dindin. They went for stronger attacks," Mozzy Ravena told me as I struggled to come to grips with what just happened.

A former star athlete, Mozzy has been a fixture at Cignal TV's PVL open conference coverage inside the bubble in Laoag, Ilocos Norte.

Her vast knowledge of the sport and the beautiful simplicity with which she shares that wisdom is one of the reasons why I've spent hours on end listening to her broadcasts on YouTube.

"IT WAS REALLY THE SISTERS WHO CARRIED THE TEAM WITH THEIR 58 POINTS," RAVENA EMPHASIZED.

And while Jaja's, Dindin's and their teammates' rise from an 0-2 deficit was heavenly, the coaching at Chery Tiggo's sidelines proved to be divine and that edge guided the Crossovers past a dangerous foe which Ravena described as possessing a deeper bench.

How so? I pressed.

"He made subs in the 1st and 2nd sets trying to look for the right 6. But it also rested (Maika) Ortiz and (Mylene) Paat and allowed them to look at the game at a better perspective and then settle. When they came back they played all the way."

Over the years that spanned their storied friendship and rivalry, Valdez has been more of a tormentor than mentor for Jaja, a source of untold heartbreak when Ly's powerhouse Ateneo turned back Santiago's NU in the semis of UAAP season 76 seven years ago.

But as reported by our colleague Lance Agcaoili, those bitter memories have since receded, swept away by a tidal wave of joy.

Even with this painful, unexpected loss, Alyssa Valdez's reign as queen of Philippine volleyball is unquestioned.

But once she decides to relinquish that lofty throne, it is clear that her heir apparent has arrived. And she is a 25-year-old princess, 6-foot-5 tall, and with an insatiable appetite for "kills" and "blocks."

Start getting used to having a tiara on your head, Jaja. Your time is almost here.