The youth-laden Philippine team was inserted in the PVL field when the Japanese university squad canceled its trip after a member tested positive for COVID-19.

See Ces Molina, Cignal remind PVL foes what they can do when healthy

Molina, leading scorer for Cignal HD in the Invitational and former national team member herself, says the newly-assembled Philippine team can learn a lot in the PVL. 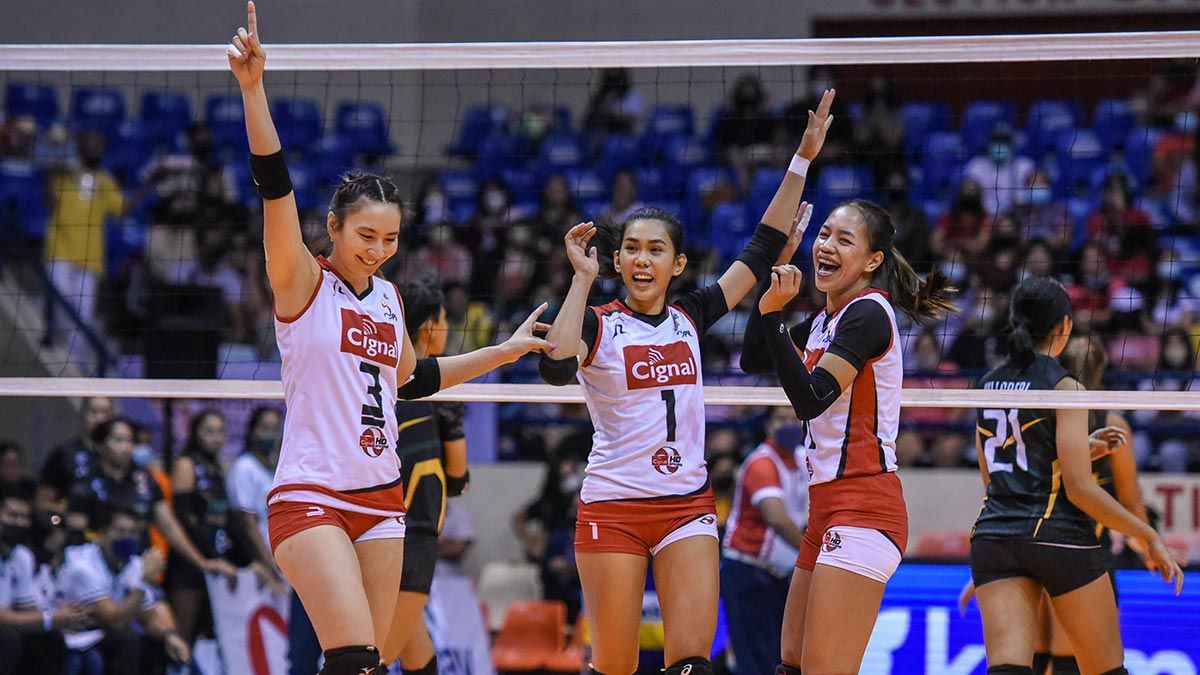 Cignal takes on Taipei KingWhale before facing the Philippine team.

Cignal coach Shaq de los Santos, who called the shots for the women’s team in the 2019 Southeast Asian Games, said the PVL participation would be a boost for the young squad set to compete in the Asian Volleyball Confederation Cup for Women.

The HD Spikers, with a 1-1 slate, face guest team Taipei KingWhale on Monday at the Mall of Asia Arena before taking on Team Philippines on Thursday at the FilOil EcoOil Centre.