Choco Mucho was supposed to play last Sunday against BaliPure but long weather delay shelved its campaign opener, while its supposed second match against Perlas Spikers was also postponed. 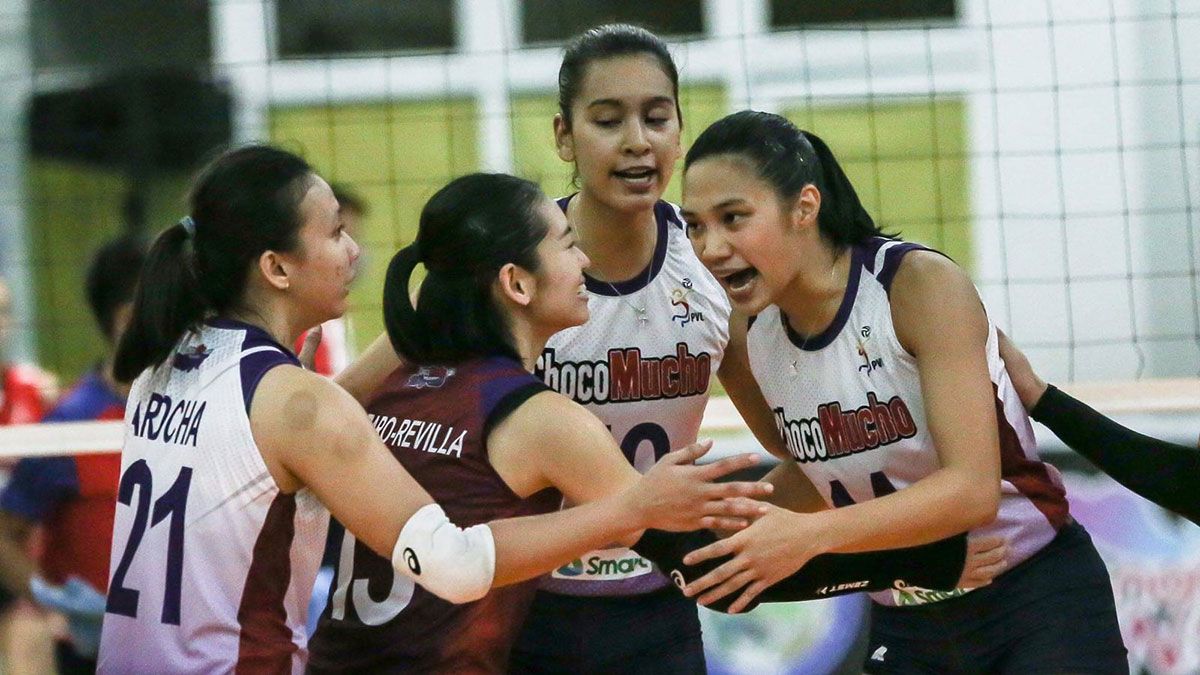 The Flying Titans survived PLDT’s scoring trio Isa Molde, Jorelle Singh, and Chin Basas in the first three sets before dominating the fourth to win their first game in the bubble.

Tolentino fired 17 kills for 18 points, while De Leon had 15 attacks, a pair of blocks and an ace to jumpstart Choco Mucho’s campaign on a high note.

Playmaker Deanna Wong also made an impressive pro debut with 26 excellent sets on top of 13 digs and four markers, while libero Denden Lazaro-Revilla protected the floor with 24 digs and nine receptions.

PLDT’s semis chances are dimming after losing its third straight game, where it gave up 31 errors.

Molde scored 19 points, all coming from attacks, and had 23 digs and 10 receptions. Singh also had 19 from 14 kills, three aces and two blocks, while Basas added 12 markers.