CHICAGO -- Like moth to a flame, I've been following the passionate volleyball tweets of Philippine Star reporter and friend Joey Villar.

The veteran scribe, whom I've had the pleasure of writing alongside with over at NBA.com Philippines a lifetime ago, has been embedded in the Philippine Volleyball League (PVL) open conference bubble inside the Centennial Arena in Laoag, Ilocos Norte since July 17.

Given his attention to detail, an old-school trait he inherited from the bygone days when newspapers were kings, Joey's updates from up north were playful, informative, and educational in a way that made me feel like I was there, too, vicariously.

Three hours ago, a tinge of sadness rolled out of Joey's twitter feed.

"Can't cry hard enough," said the tweet which was appropriately accompanied by a collage of photos of young women in various stages of despair.

And I am heartbroken.

Quietly for weeks, with not even a single tweet fired, I have been following the exploits of Choco Mucho since they catapulted to a 4-0 start and straight into the middle of championship conversation.

Even at the height of the Tokyo Olympics when medals were the talk of the country, I was just as enamored with the words "attacks" and "digs and "kills."

Just as a rubbernecker couldn't peel his eyes off a highway accident, I couldn't resist seeing how my dear Titans succumbed in the bitter end, so I allocated one hour and 57 minutes of my time on YouTube.

ALTHOUGH MY SPIN.PH COLLEAGUE LANCE AGCAOILI HAD ALREADY POSTED A MASTERFUL RECAP OF THE MATCH I INSISTED ON THE VISUALS TO FEEL THE BURN.

The semifinal showdown didn't disappoint. Choco Mucho honored their fans' allegiance with a daring effort that pushed Chery Tiggo to the limit in a spectacular 25-16, 26-24, 25-23 finish.

The broadcast coverage by Cignal TV was similarly excellent, thanks in large to volleyball savant Mozzy Ravena who analyzed the match in layman's terms and allowed casual fans such as myself to better understand what the hell transpired on some plays.

After all was said and spiked, Jaja Santiago and her 15 kills and 17 points would not be denied and Chery Tiggo will now merrily cross over to the Finals beginning on Wednesday.

No more Choco Mucho saddens me. But there is so much glee in the thought that Creamline is also in the Finals.

Here's two words that can brighten up a dark volleyball day. 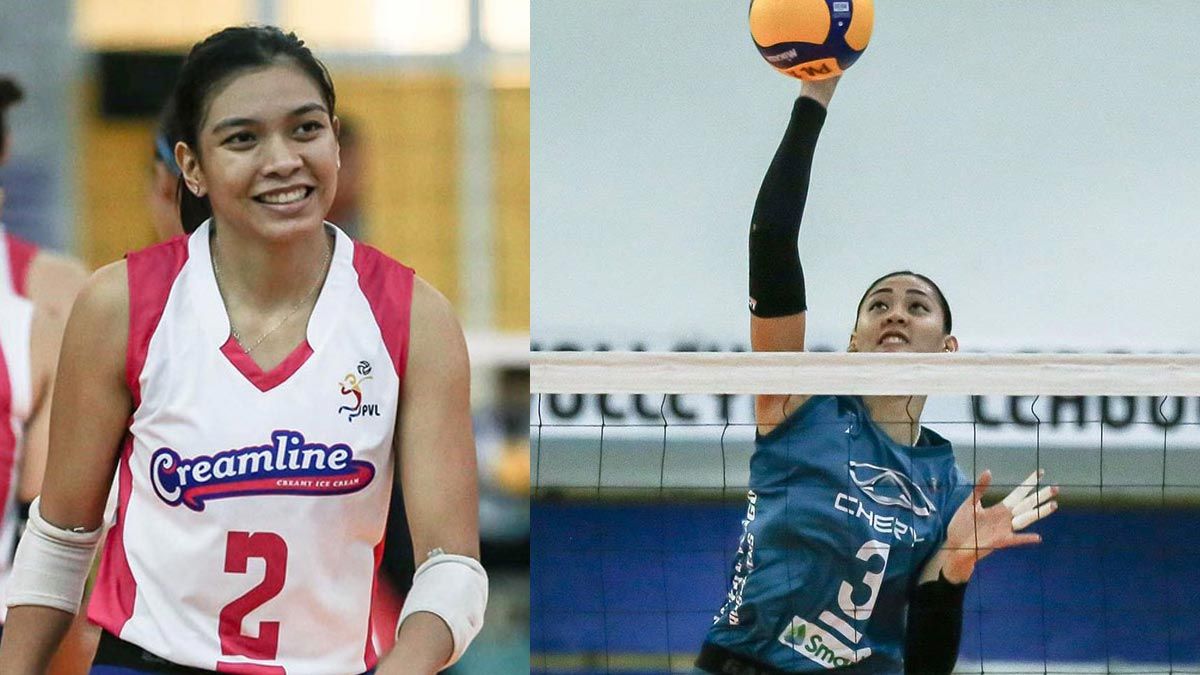 The Queen. The Star. The Face of the sport.

Emboldened by their recent triumph, I'm sure Chery Tiggo is eager to serve some toughness and resistance in the championship round.

Let's do this, ladies.

Give us five suspenseful, action-packed sets for the memories.