BACARRA, Ilocos Norte — Chery Tiggo got back on track with a 25-10, 27-25, 25-23 victory over Perlas Spikers in the PVL Open Conference on Monday at the PCV Socio-Civic and Cultural Center.

Chery Tiggo bounced back from a five-set loss to BaliPure on Thursday and regained third place with a 3-1 record behind Creamline (4-0) and Choco Mucho (3-0). 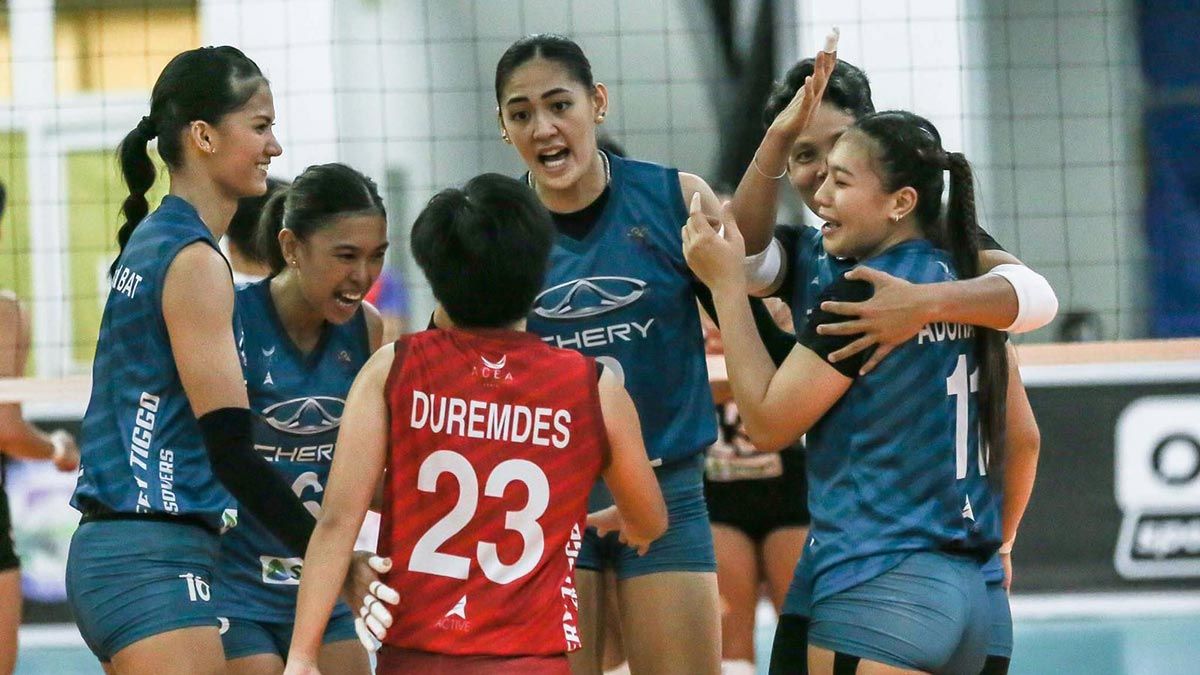 The 6-foot-5 middle blocker finished with 15 points off 11 attacks, three kill blocks and an ace.

Shaya Adorador shone in her first start for Chery Tiggo as she fired four aces for 12 points and had 10 digs and seven excelleny receptions. Veteran setter Tina Salak also started in all three sets and made 14 excellent sets.

The Crossovers needed to fight back from a 21-23 third set deficit as Layug and Santiago tied the set. Adorador’s clutch block brought the team at match point, 24-23, before Jho Maraguinot committed a crucial attack error.

Sue Roces also led the Perlas Spikers to a late second set rally to erase a 19-22 deficit and take set point, 24-22. Substitute middle Blocker Rachel Austero scored back-to-back to force deuce. Roces and Santiago exchanged hits for another tie, 25-all, but a block point by Chery Tiggo and Salak’s drop ball secured the the two-set lead.

Roces and Nicole Tiamzon had 11 points each, while Maraguinot added six markers and 13 excellent receptions as their team suffered back-to-back defeats coming off Sunday’s three set loss to Choco Mucho.