Carlos, Molde bail out Motolite past BanKo in Pablo absence

Carlos finished with 29 points, built on 26 attacks, while Molde had 24 markers and 18 digs in the match that took two hours and 23 minutes to finish.

The University of the Philippines duo combined for eight points in the fifth set.

Bernadette Flora also had 17 points for Motolite, which improved to the solo No. 2 spot with a 5-2 win-loss record. 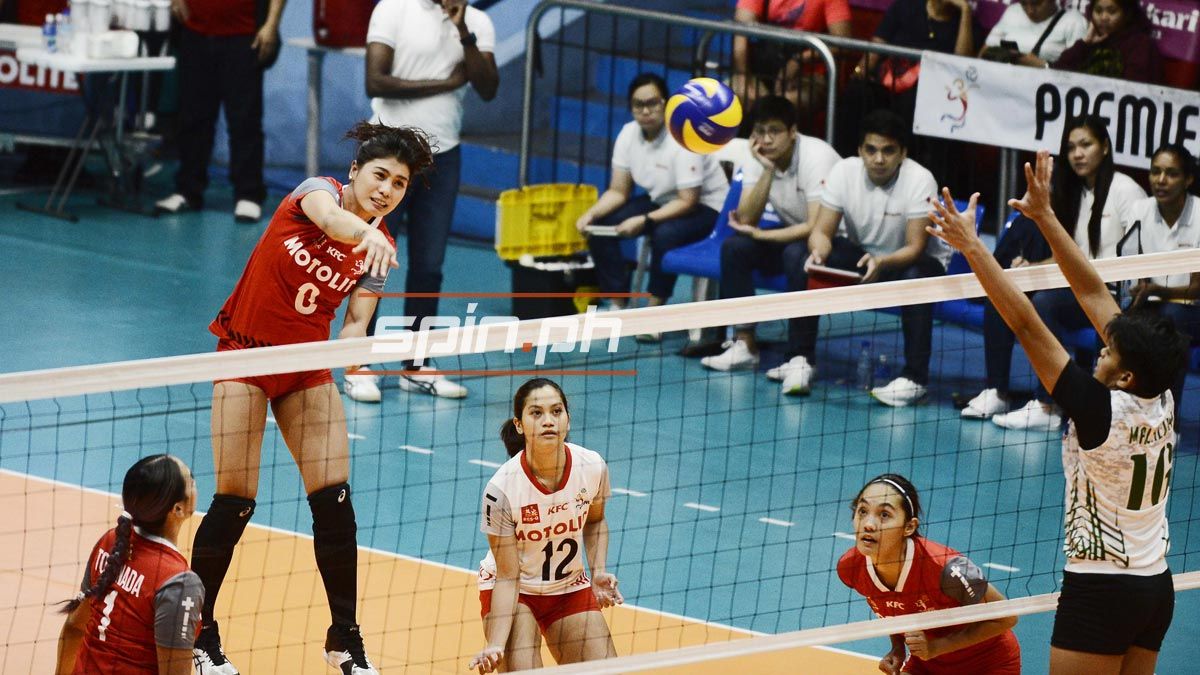 Flora scored on a through the block spike to tie the match, 17-17, followed by Roces sends her attack out and Maristela Layug rejected Gervacio’s hit to seal the win for Motolite.

Motolite will end its first round campaign on Sunday against skidding Motolite.

Both teams committed 31 errors in the entire match but the Perlas Spikers gave away eight extra points to Motolite in the fifth set alone.