BACARRA, Ilocos Norte — Two years ago, Choco Mucho joined the 2019 Premier Volleyball League (PVL) Open Conference but Bea De Leon was not in her best form due to a nagging shin injury.

De Leon only saw action in few games for the Flying Titans as she was recovering from her injury after leading Ateneo’s title run in UAAP Season 81. Now that volleyball is back from a year-long pandemic break, the 5-foot-11 middle blocker has been flaunting flashes of her lethal form as Choco Mucho stayed unbeaten in its first two matches in the PVL bubble at the PCV Socio-Civic and Cultural Center.

“During the pandemic, I really just wanted to maintain my condition especially my strength kasi I came from an injury so yun lang talaga yung tinry kong i-nurse,” said De Leon after contributing seven points in their three-set victory over Sta. Lucia on Friday. 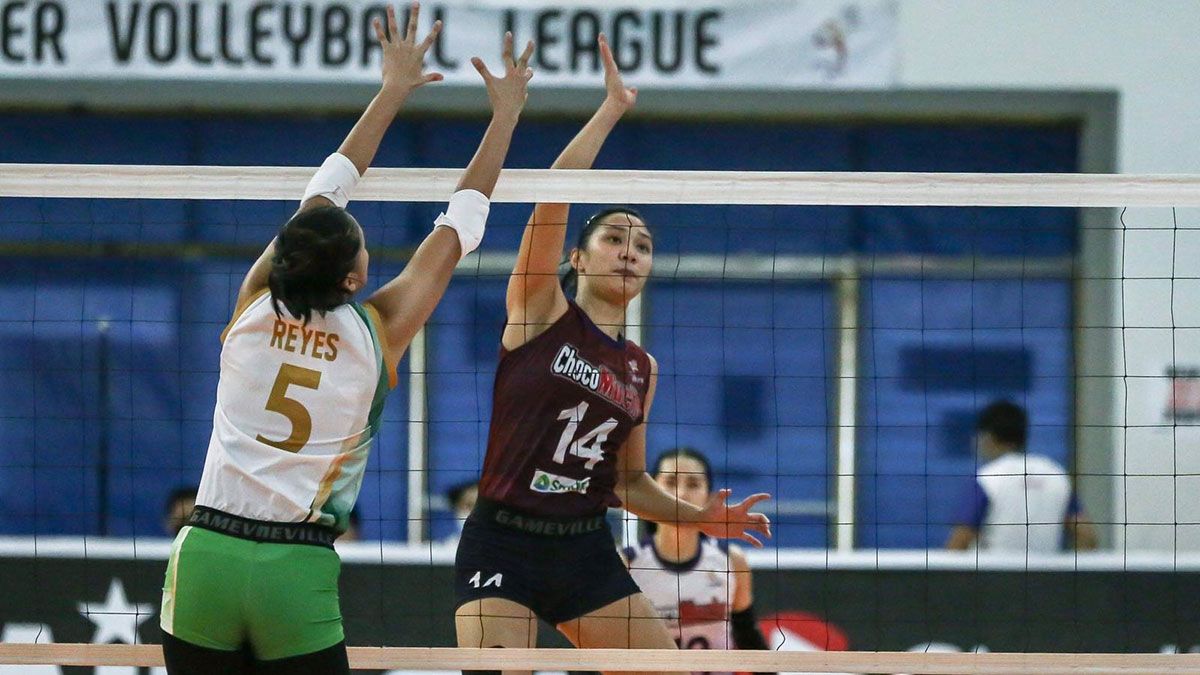 BDL back to her best

The 24-year-old made an impressive professional debut, firing 18 points off 15 attacks, a pair of blocks and an ace to torch PLDT last Wednesday.

But for the fit-again De Leon, Deanna Wong, Denden Lazaro-Revilla, Ponggay Gaston and Regine Arocha are the game-changers for the Flying Titans’ side that finished seventh in the 2019 Open Conference.

De Leon knows bigger tests await Choco Mucho in the remainder of the conference but she’s glad to see her team’s progress in its first two games.

“I think we're okay, but there's a lot to improve and work on,” she said. “At least yung trend kahit two games pa lang is paakyat kami. Hopefully, we sustain it and keep going and keep doing better lang.”