BaliPure rises from a set down to beat Cignal in PVL

Coming off a five-set victory over on Chery Tiggo on Thursday, the Purest Water Defenders shook off the poor start, with Graze Bombita and Bern Flora leading the way in sending the HD Spikers to their third defeat in four matches.

BaliPure improved to 2-1, gaining a share of third spot with Chery Tiggo and Petro Gazz.

Creamline leads the 10-team tournament with a 4-0 record, followed by Choco Mucho at 3-0.

Bombita had 17 kills and finished with 19 points.

Flora delivered 10 attacks and four aces for 14 points and had 21 digs and 17 excellent receptions. 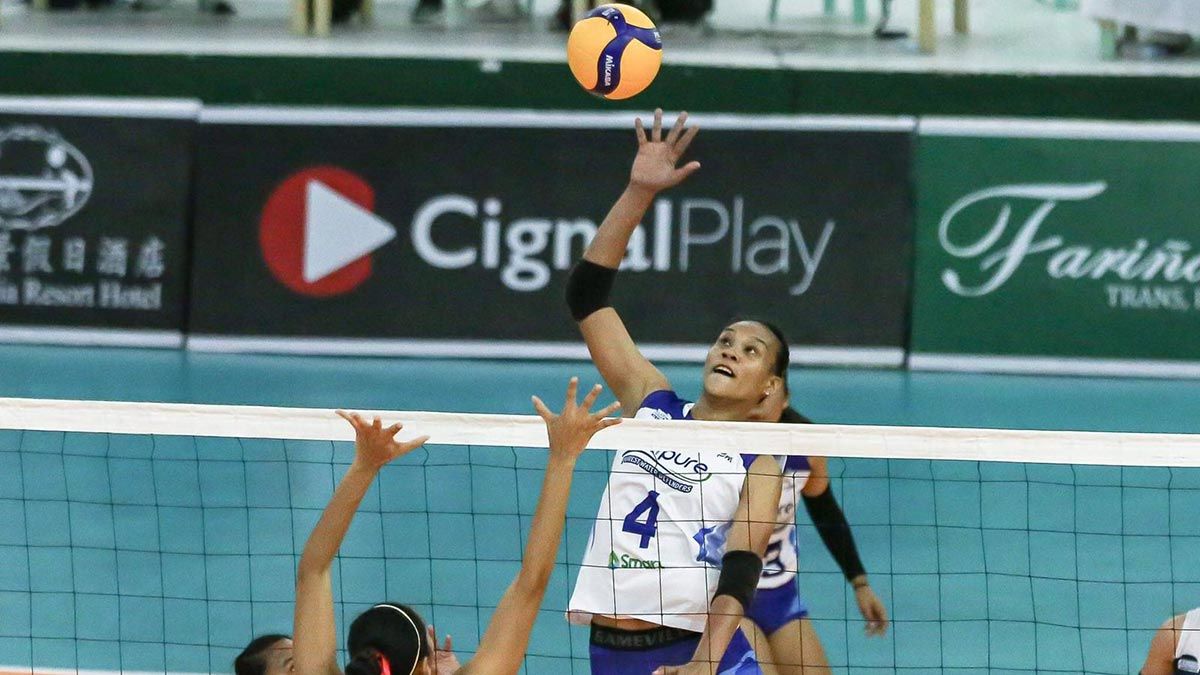 Barroga unleashed four consecutive aces as Balipure went on a 9-4 start in the fourth set and stretched it to 21-12.

Janine Marciano led a Cignal run that trimmed the deficit to just one, 22-23. But Bombita stopped the bleeding before Satrriani Espiritu nailed the game-winning ace.

Marciano led Cignal with 19 points and 10 digs. May Luna had nine points as the HD SPikers dropped to joint seventh place with 1-3 record.