LAOAG — Exciting times are once again upon Creamline’s dynamic duo Alyssa Valdez and Jia Morado as their on-court return is finally happening.

After more than a year of waiting and being limited to home workouts, the spiker-setter tandem is set to start their ‘three-peat’ bid in the PVL Open Conference on Saturday at the PCV Socio-Civic Cultural Center in Bacarra.

“We're very, very excited kasi this is the longest na we've been away from competition and from volleyball in general,” Morado told reporters. “I think these past months of preparations have been very brutal not just on us but for everyone who are really doing their best to prepare the best that they can for this tournament.”

Valdez, the three-time PVL MVP, agreed with her playmaker, saying this bubble conference is worth the wait and sacrifice for all the returning players and their teams.

The last time Creamline played together was November 9, 2019, when it completed its 20-game sweep of the Open Conference capped by a Finals Game 2 victory over Petro Gazz. 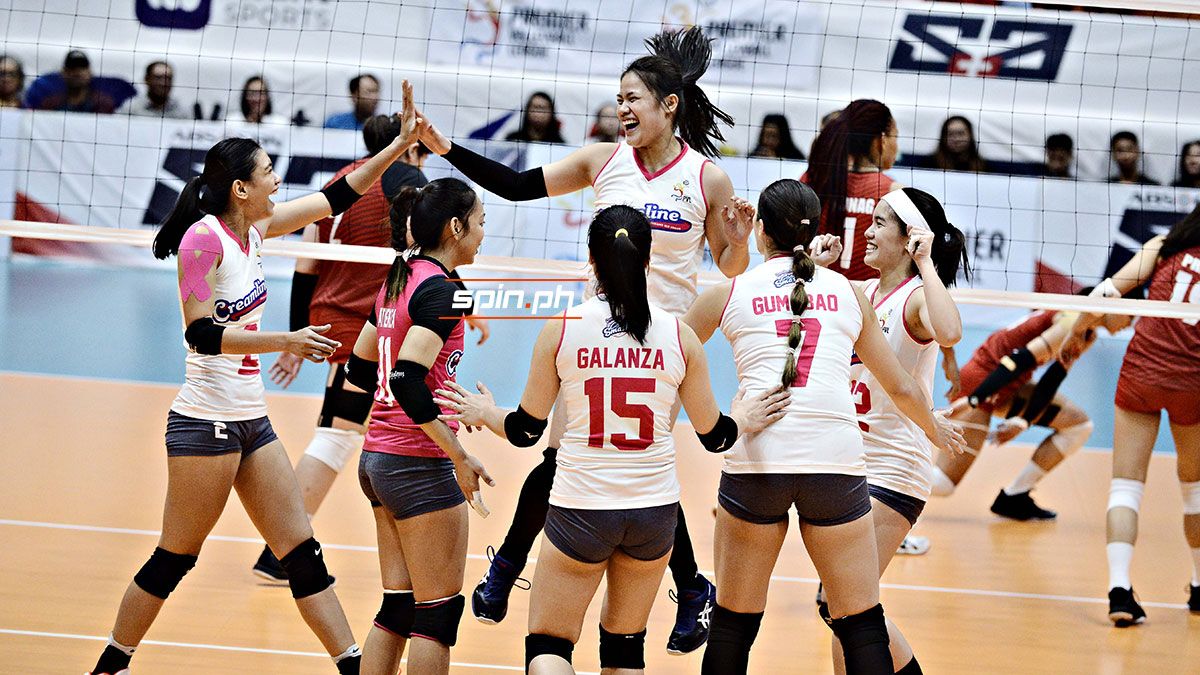 During the off season, the Cool Smashers signed University of the Philippines star Tots Carlos and multi-awarded middle blocker Jeanette Panaga.

Valdez said they need to watch out for every team, especially the newcomers, as it is going to be an equal battlefield as everyone are coming out of a year-long inactivity.

Creamline head coach Tai Bundit could miss at least the first four games as he has to undergo a 10-day quarantine and needs a negative result from COVID-19 in a series of tests.

Assistant coach Sherwin Meneses is currently calling the shots for the team in trainings and the first four matches.

Morado said Bundit is still invovled in training the team even though he’s away during their two-month bubble training in Clark, Pampanga.

Both Ateneo standouts were reminiscent of their college days with their twice-a-day trainings for their mission to defend their crown for the third straight conference.

“The last time I was training twice a day talaga na ganito was college. We've been out of college for quite some time na but we're really happy with how patient the coaching staff is with us,” Morado said. “Si coach Tai even though he was far away naka-Zoom siya sa amin every day, binabantayan niya kami so the competitive environment was still there and yung mga new players namin really did their best to play into the system and they were very open so it was very easy for them naman to adjust.”

Valdez and Morado open Creamline’s title-retention bid against Mika Reyes and Sta. Lucia as the main game of Saturday’s triple-header.