AN emotional Alyssa Valdez paid tribute to a 'super perfect game' of the National University Lady Bulldogs in an emphatic win over the Ateneo Lady Eagles in the Shakey’s V-League Season 12 Collegiate Conference finals.

Valdez couldn't help but cry after the fancied Lady Eagles, who won the opener of the best-of-three championship series, lost two successive games including the decider which the Lady Bulldogs took, 25-21, 26-24, 25-19.

“They really gave us a good fight," Valdez said when she finally collected her thoughts, praising an NU side led by MVP Myla Pablo and sisters Jaja and Dindin Santiago.

But Valdez was oblivious to the numbers, saying the loss should serve as an eye-opener for the Lady Eagles.

The 22-year-old from San Juan, Batangas, though, also saw the positives, saying the Lady Eagles have enough time to fix kinks in their game ahead of the UAAP season where they will be gunning for a hat-trick of titles.

“We’re really happy na we saw a lot of things to improve on as a team, as an individual, and to make ourselves even better as a team,” she said. 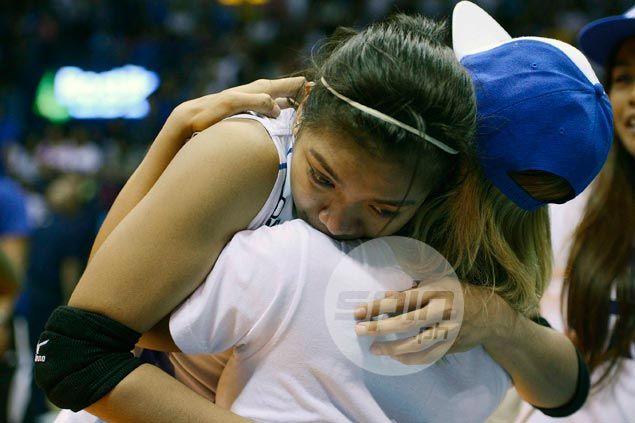