Used to being the one interviewed, volleyball star Alyssa Valdez now knows how it is to be the on the other side.

The Ateneo volleybelle became a courtside reporter for a day as she interviewed PLDT skipper Sue Roces after the Ultra Fast Hitters defeated University of the Philippines, 25-11, 25-17, 25-17, to secure the first finals berth in the Shakey’s V-League Season 12 Reinforced Conference at The Arena in San Juan on Sunday.

Valdez, who was actually part of the lineup of PLDT Home Ultera but has yet to play for the Ultra Fast Hitters, was very comfortable on camera.

The back-to-back UAAP MVP shared that she learned from the sports media covering her games and she felt special when she was granted an interview. 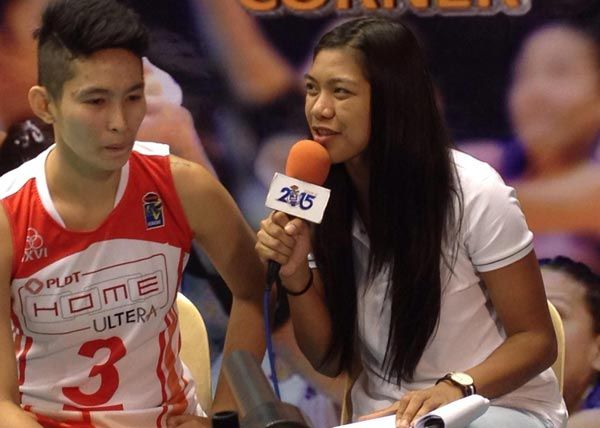 Valdez challenged the handful of sportswriters interviewing her after her stint.

Valdez also cleared that she has was not part of the crew covering the UAAP seniors basketball games.