Alyssa focuses on next tourney after Creamline's unbeaten run to title

ANTIPOLO — When the going gets tough, Creamline always knows it has a phenom it can lean on.

Alyssa Valdez, time and again, has done that and Friday was no different, coming through for the Cool Smashers when it mattered the most.

The 28-year-old outside hitter pumped 20 huge points off 14 attacks, three blocks, and three aces to lead Creamline to the 2022 Premier Volleyball League Open Conference title with a four-set win for a two-match sweep of the finals against PetroGazz.

It's no surprise that Valdez, who averaged 23.0 markers in championship series, was gained her first Finals MVP award in the pro ranks.

But to her, this trophy is just the cherry on top of the sundae for what she considers as a special run for the Cool Smashers which went on a perfect 8-0 run this conference.

"Our goal talaga as a team is to perform in the finals at makakuha kami ng championship. Lagi namin talaga sinasabi na all the things na nakukuha natin na award, they’re all just bonuses for us. But I’m grateful," she said.

It's just the fitting end to what has been a whirlwind conference for Creamline, with the championship triumph making all the blood, sweat, and tears worth it. 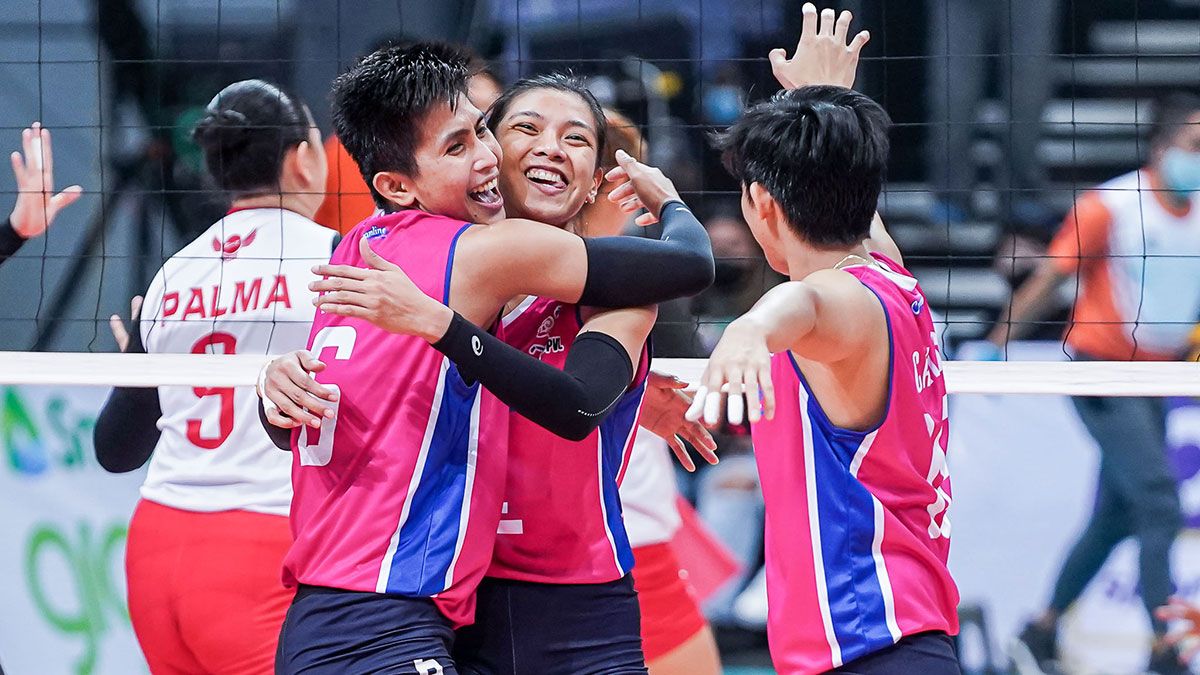 Valdez even dared to say that this is probably one of the most memorable titles she has won in her decorated career.

"It’s so much different this season. It’s probably the quickest, the fastest season I’ve played here in the PVL. Kailangan talaga mentally, physically prepared at in condition talaga," she remarked.

"We’re just so grateful sa mga coaching staff namin. Alam nila kung paano yung training namin, well-balanced talaga, and I think that was one of our advantages coming to this season."

With this accomplishment, Creamline once again staked its claim as the best professional volleyball team in country.

Valdez understands the pressures that comes with it, but like what she has done in her career, all she wants is to keep the Cool Smashers at the top of the food chain as long as she could.

"It’s a responsibility rin for me also to keep on going and to stay focused in the coming seasons at next tournaments," she said. "With this kind of title also and this award, syempre there comes a responsibility with it."