SIXTEEN hopefuls who attended the controversial Subic tryouts were officially named to the Philippine women’s volleyball pool for the 31st Southeast Asian Games in Vietnam by the Philippine National Volleyball Federation (PNVF).

All 16 players attended the April 28 tryouts at Subic Gym which was passed on by a number of high-profile players led by Alyssa Valdez due to their fear of contracting COVID-19 amid the pandemic.

Women’s national team head coach Odjie Mamon and his coaching staff said they are still in the process of naming a setter, outside hitter, libero and opposite to complete the 20-member women’s volleyball pool. 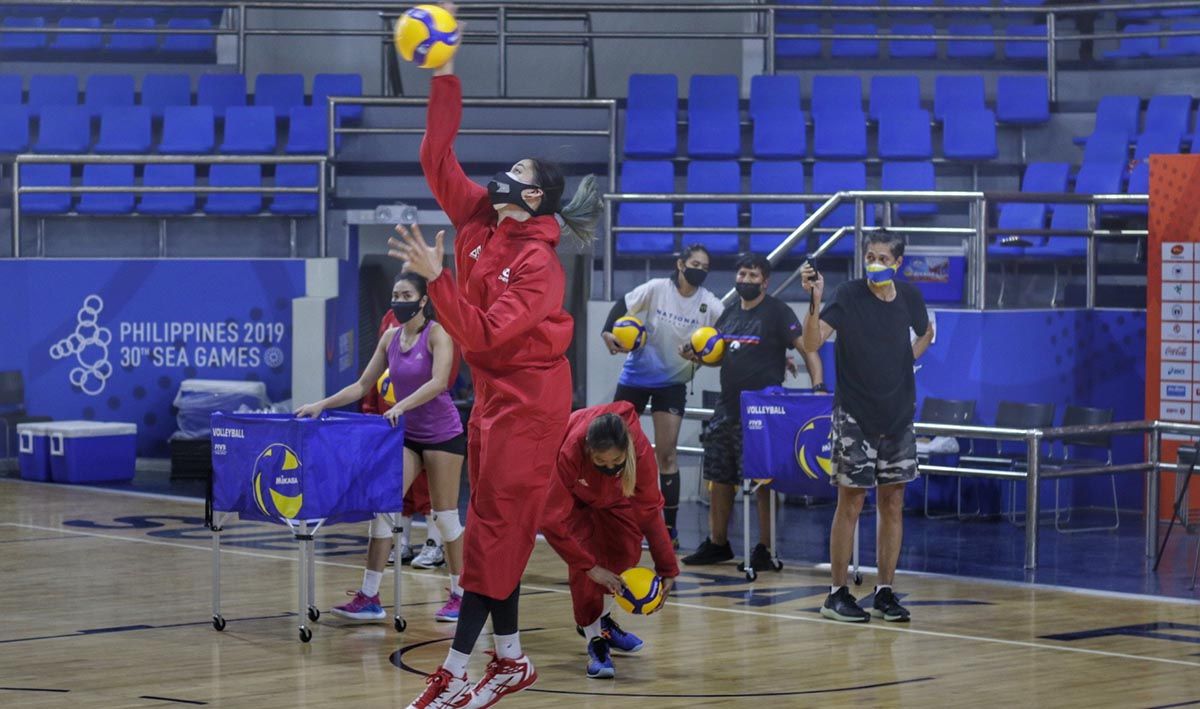 Filipino-American setter Iris Tolenada and middle blockers Ria Meneses and Dell Palomata also made it to the pool for the AVC Asian Women’s Volleyball Championship, which the country is bidding to host in August, before the biennial meet in November.

In the men’s pool, 13 are members of the team that clinched the silver medal behind Thailand in the 2019 Southeast Asian Games, while the women’s pool has four players from the 2019 squad that wound up in fourth place.

The pools will start training in June for both the Asian Seniors Women Volleyball Championship the PNVF is hoping to host in August most likely in Clark, and the Hanoi 31st SEA Games set from November 21 to December 2.

PNVF president Tats Suzara said Mamon and Brazilian tactician Jorge Edson Souza de Brito will choose who gets the remaining slots in the pool the from the 24 players who missed the tryouts.

Mamon and his staff will scout the players through previous video clips and the upcoming Premier Volleyball League Open Conference set in late June or July.

“There will be no more tryouts. They will be selected during the start of the PVL and (video clips from) previous competitions. We cannot have another tryouts because it’s too costly. We leave that to coaches Odjie and Jorge,” said Suzara in a virtual press conference on Wednesday.

Mamon said four to six players could be added to the pool specifically looking to add setters, liberos and outside hitters.

The PNVF is eyeing to start its bubble training on June 1 in Subic.