UAAP rookie MVP Bella Belen, Faith Nisperos, and Eya Laure are primed to represent the Philippines in the 2022 AVC Cup for Women set this August.

That's the likely scenario if the plans of the Philippine National Volleyball Federation (PNVF) to tap collegiate players for the international tourney pushes through.

"The PNVF Board has decided for the upcoming AVC Cup, which will happen on August 21, that we will be choosing players from the collegiate level," Tony Boy Liao, the PNVF national teams commission chair, said during the Philippine Sportswriters Association (PSA) Forum on Tuesday.

Learning from its campaign from the 31st Southeast Asian Games in Hanoi, the PNVF is eyeing more extensive training for the players especially those who can have their full attention for the national team, thus the decision not to tap any players from the Premier Volleyball League squads.

"It's because of the problem with the training of the national team. If we will again get players from the PVL, which will have an ongoing Invitational Conference, they won't have time to train with the national team like what happened for the SEA Games," said Liao.

"Tapos na yung UAAP, so I think yung players from the collegiate will have more time to train with the national team."

Liao did not divulge the names of those who will be invited, although the coaching staff led by Brazilian mentor Jorge Souza de Brito has already shortlisted 22 players to be invited from different schools.

"We are just awaiting for the reply of the universities of those who were invited if they will be released. Hindi namin pwedeng sabihin na amin na yan kasi syempre they own the players," he said. "So far naman, a lot of them are favorable eh dahil nga nabibigyan ng magandang experience, ng training to play with the international exposure." 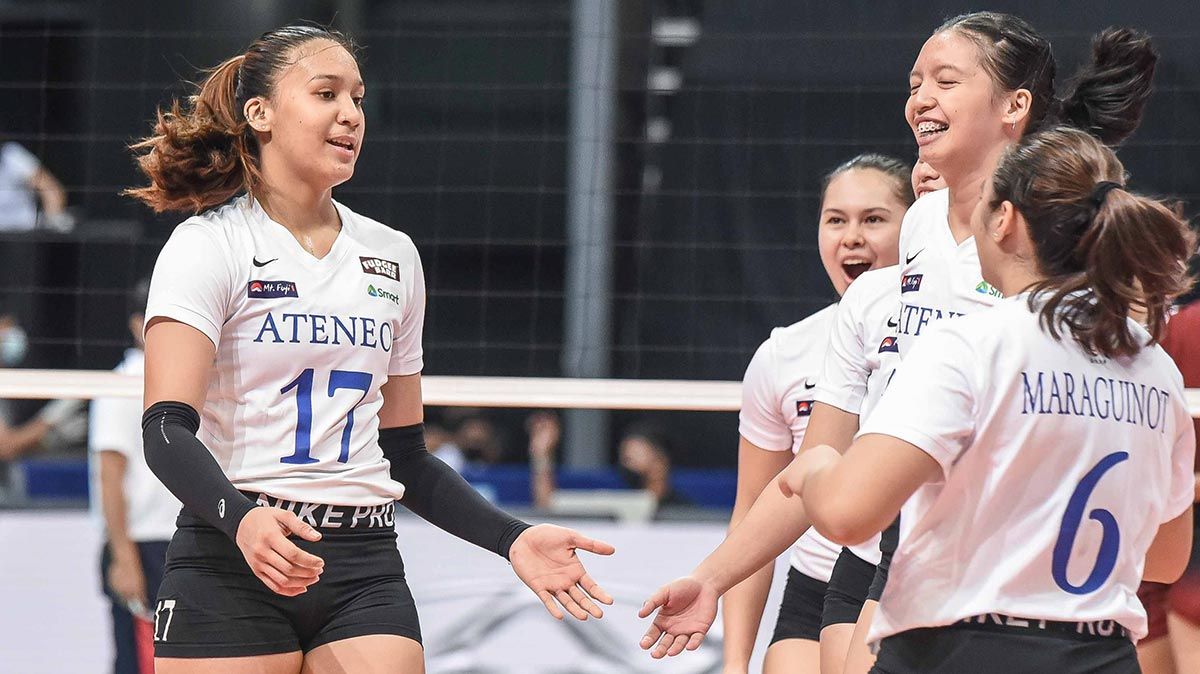 Faith Nisperos has seen action for the Philippines before, but the national federation have yet to confirm the names of the invitees this time.

Belen, together with her National University teammates Ivy Lacsina, Jennifer Nierva, and Kamille Cal, linked up with Ateneo's Nisperos and the UST trio of Laure, Imee Hernandez, and Bernadett Pepito for the Rebisco team in the 2021 Asian Women's Club Volleyball Championship in Thailand.

There's a high chance that these names will once again be called up, but Liao said that it would depend on the clearance they get from their alma mater.

And there's a high chance that it just won't be for the AVC Cup, with PNVF board member Ricky Palou hinting that this could also be the pool for the 32nd SEA Games in Cambodia next year.