THE Japanese coaches continue to point on the Philippine women’s volleyball team‘s chemistry and in-game communication as the major factors to improve on.

The undermanned Filipina Spikers, who missed Alyssa Valdez and Jia Morado after the duo returned to Manila Friday to fulfill their club duties, forced a close first two sets against Yamagata before yielding with a 24-26, 22-25, 17-25 result.

After the tune-up games, both Japanese coaches of Yamanashi and Yamagata agreed that the Filipinas how to work on their cohesion.

“Your physical abilities and skills are good. Individually the Philippine team is very good but you need to work on your team chemistry. You have to train more on your connections,” said Yamanashi Chuo Bank head coach Chie Tsuji. 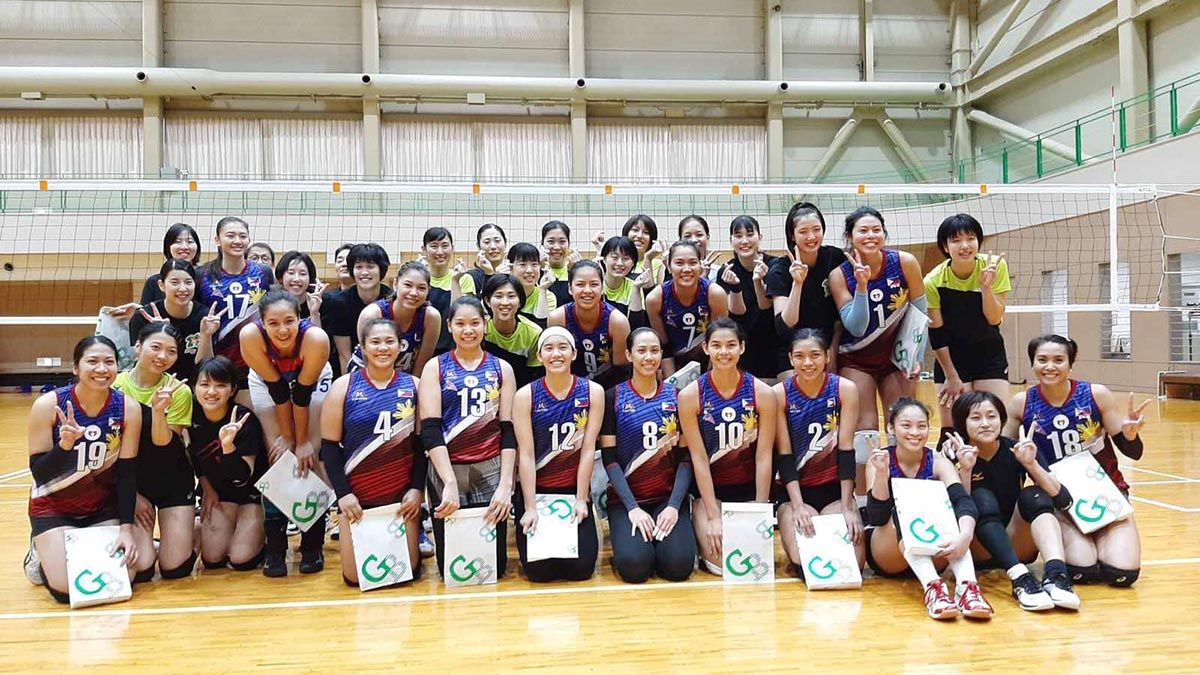 Tsuji added that she observed that the Philippine team players are ‘sometimes not talking to each other while playing unlike Japanese teams that are constantly communicating inside the court.’

But he stressed that the Filipinas have to move quicker, especially on floor defense and address their errors.

“You have tall players but you make many mistakes,” said Kitahara

“I think your attacking and blocking is very good but you should concentrate on training your digging especially your reception. If you can’t control your reception it will be hard for you to attack,” he added.

National team head coach Shaq Delos Santos agreed with the Japanese coaches as his wards are taking these important lessons for their medal quest in the 30th Southeast Asian Games.

The Nationals took a breather on Sunday ahead of another tune-up match on Monday against Japan V. Premier League team Hitachi before wrapping up their practice match schedule with Nittai University team on Thursday.