The Filipino Spikers got their much-needed rest after taking a two-hour bus ride from Haneda Airport to Route Inn Hotel Sagamihara, where they will stay for the 16-day training camp made possible by Larong Volleyball Sa Pilipinas Inc., Philippine Sports Commission and Rebisco.

The quest for the men’s national team’s SEA Games medal heats up on Thursday as it faces Saitama Azalea at the Ejimi gym – a two-hour bus ride from Sagamihara. 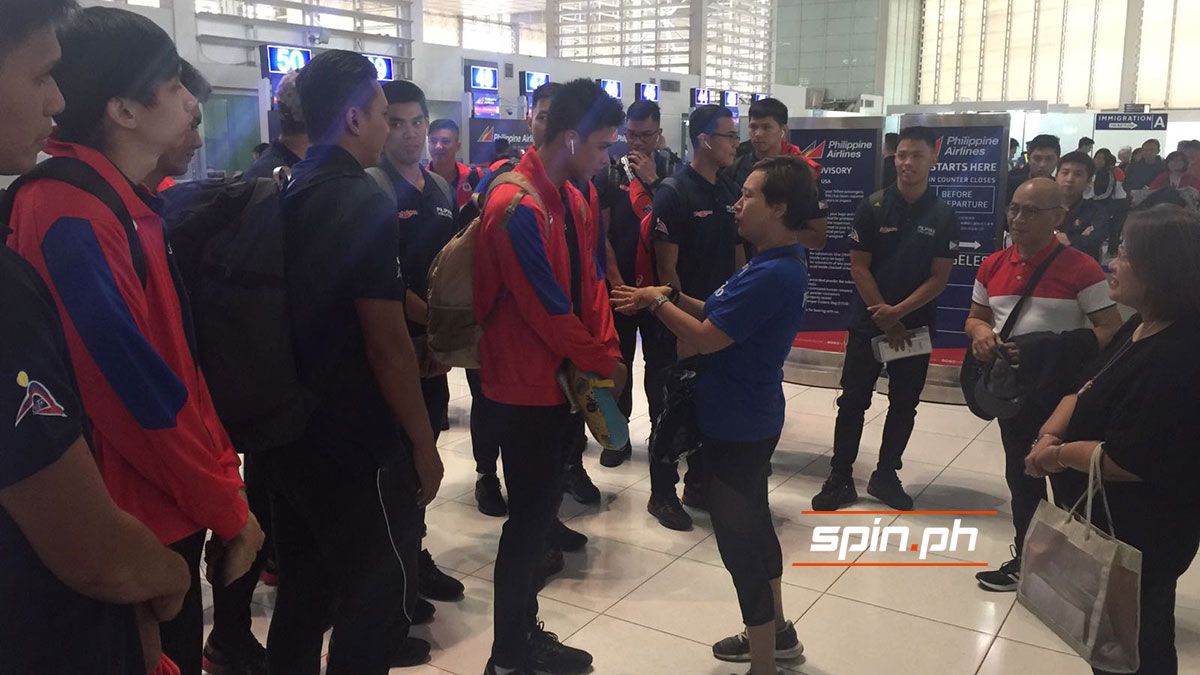 Bryan Bagunas will join the squad on Sunday as he is currently playing in the Japan V. Premier League as import of Oita Miyoshi Weiss Adler.

After their tune-up game on Thursday, the Nationals play three straight friendlies facing Tsukuba United on Friday, followed by Fujitsu Red Spirits on Saturday, before Bagunas joins the squad against Chiba Zelba on Sunday..

The Filipinos will have a team practice on Monday next week before their series of tune-up games resume taking on FC Tokyo on Tuesday and Thursday, Rissho University on Friday, Chuo University on Saturday and Nippon Sports Science University on Sunday to wrap up their friendlies schedule.

Although the men’s squad won’t have as many as tournaments like the women’s national squad, Alinsunurin believes that facing these Japanese squads will make the Filipino Spikers SEA Games ready before they fly home on November 22.