PHILIPPINE men’s volleyball team head coach Dante Alinsunurin and skipper Johnvic De Guzman said that their squad is ready to fight for the country’s pride in the 30th Southeast Asian Games after a grueling, but fruitful Tokyo training camp.

After trying to adapt the world-class Japanese system for sixteen days and twelve tune-up matches, Alinsunurin and the Nationals are coming home on Friday with oozing confidence and armed with fruitful lessons for the biennial volleyball tournament, which begins on December 2.

Although there is still room for improvement, team captain Johnvic De Guzman, who is set for his third SEA Games appearance, declared that their team is ready for war, seeking to end a 28-year medal drought in men’s volleyball. 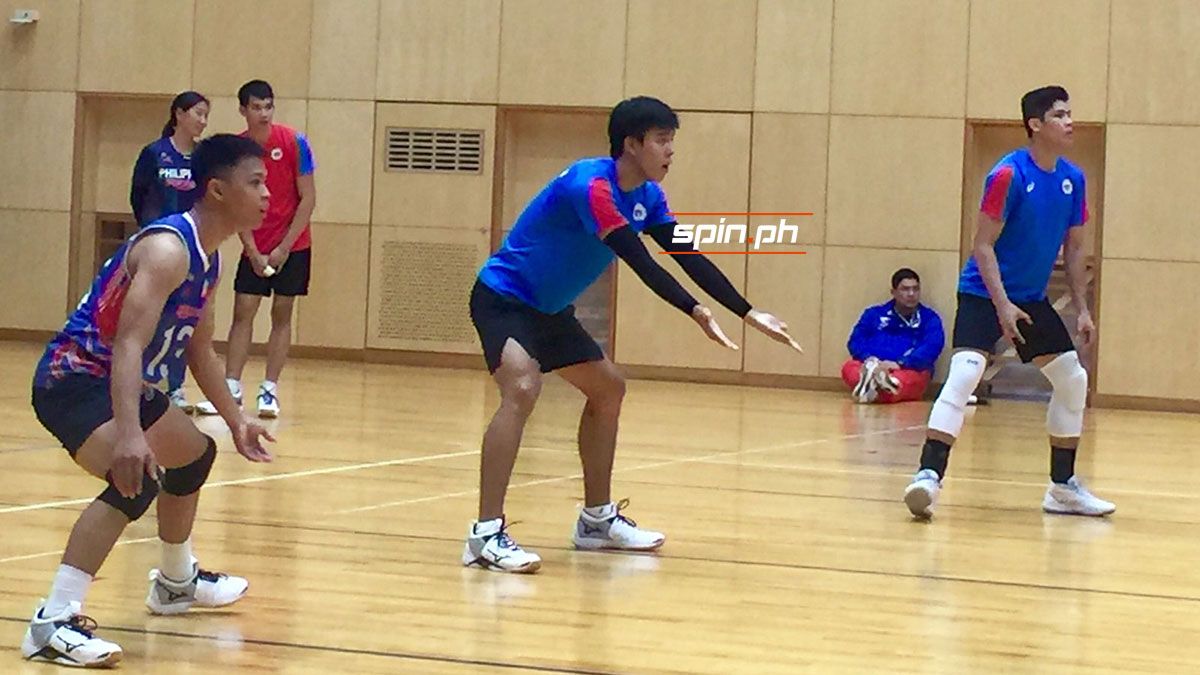 The Rebisco-backed team, bannered by De Guzman, Marck Espejo and Ranran Abdilla, took down four out of its 12 tune-up opponents but in each battle, the Filipino Spikers put up a gallant stand.

The Nationals kicked off their 16-day training camp with four straight tune-up games against Japanese club teams. They got swept by Saitama Azalea in three sets, forced a four-set draw with Tsukuba United, salvaged the last of a four-frame friendly against top Division II squad Fujitsu Red Spirits before taking down Chiba Zelba of Division III in five sets.

After a grueling stretch, Philippines got a huge boost from Oita Miyoshi import Bryan Bagunas but the team’s gallant fight was not enough to stop Division I’s FC Tokyo losing a pair of tune up games — the Nationals scored one out of their four-set duel in their first meeting but got swept in four frames a day after.

Bagunas left the squad to return to his mother club, while starters Espejo, De Guzman, Abdilla, Kim Malabunga, Francis Saura and Joshua Retamar felt the fatigue in the last series of tune-up games but they still swept Rissho University in four sets.

However, Alinsunurin had to make use of his second stringers and even their reserves as some of the starters were burned out. They didn’t score a single set in their five-frame tune-up with Chuo University, lost two sets both to Nippon Sports Science University and Kukushikan University but bounced back with a two-set victory over Shensu University.

The Filipino Spikers will get their well-deserved rest for a few days before they train again and stay together in one hotel. Bagunas will fly home on November 30.

The Pinoy Spikers open their Pool B campaign against Cambodia on December 2. They will battle last SEA Games bronze medalist Vietnam on December 4, before facing 2017 Kuala Lumpur SEA Games runner-up Indonesia on December 6.