The Nationals continued to show their marked improvement as they put up a gallant stand in each set against Division 2’s top team in Japan V. Premier League in their third tune-up game made possible by Larong Volleyball Sa Pilipinas Inc and Philippine Sports Commission.

Although the Filipino Spikers only got the last of their five-set friendly, national team head coach Dante Alinsunurin was impressed with how his wards — led by Marck Espejo, Ranran Abdilla and Johnvic De Guzman — fought against the agile and hard-hitting Red Spirits.

The Rebisco-backed Filipino Spikers fell short of a comeback in the first three sets, especially in the third frame where they forced a deuce at 24-all only for the Japanese to nail the clutch hits.

Fujitsu dominated the fourth set but Philippines was never wavered as it led as much as 17-14 in the fifth set before the Spirits rallied back to tie the frame at 21. Espejo delivered the a pair of clutch off-speeds including Malabunga’s big block to reach setpoint, 24-22, before Saura’s attack gave the last laugh to the visiting team. 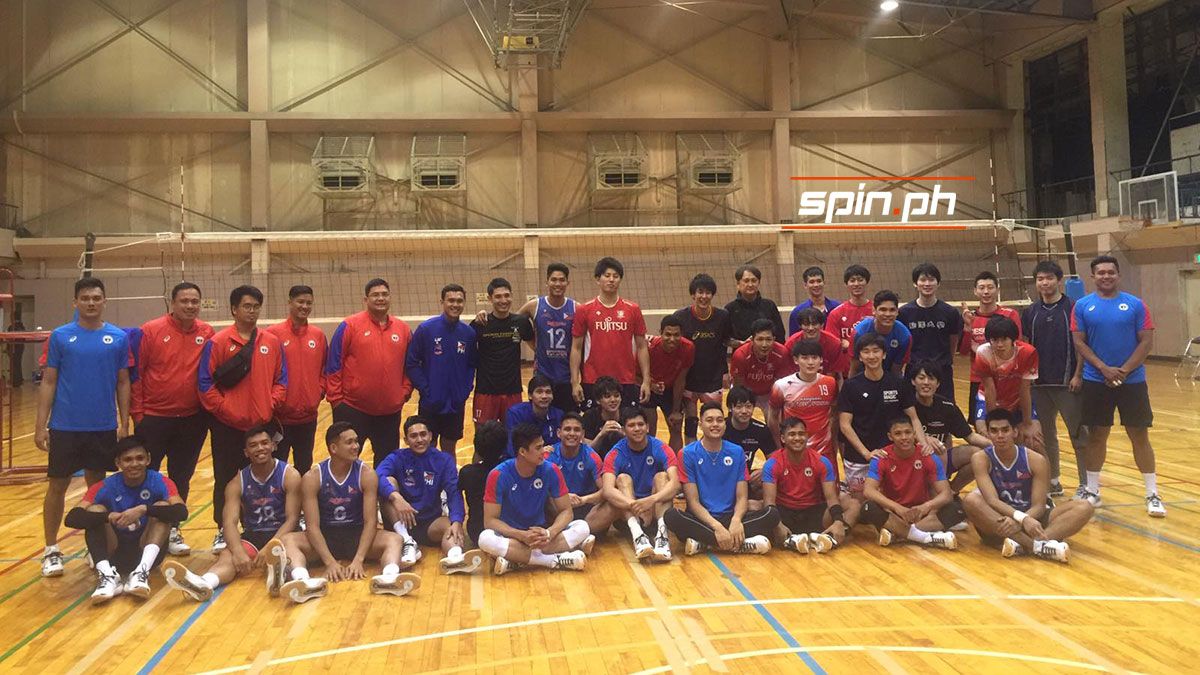 The national team coach also got the luxury of fielding all his three setters with Ish Polvorosa playing in the first two sets before he tested rookie Joshua Retamar in the remaining three sets, while veteran Jessie Lopez was fielded in the crucial parts of the game.

Lopez, the most veteran player of Alinsunurin, said the team’s system has been the reason behind their marked improvement every outing.

Philippines will play its fourth straight tune-up game against Chiba Zelba on Sunday at the Kelai Gakuen Highschool before taking a breather on Monday, where they will only hold team practice as Bryan Bagunas is expected to join the squad.