Requinton of Philippines 1 and Garcia of Team 2 joined forces in the deciding match and beat the Lebanese pair to keep their Olympic hopes alive. They set a duel against Australia at 4 p.m. (Philippine time). 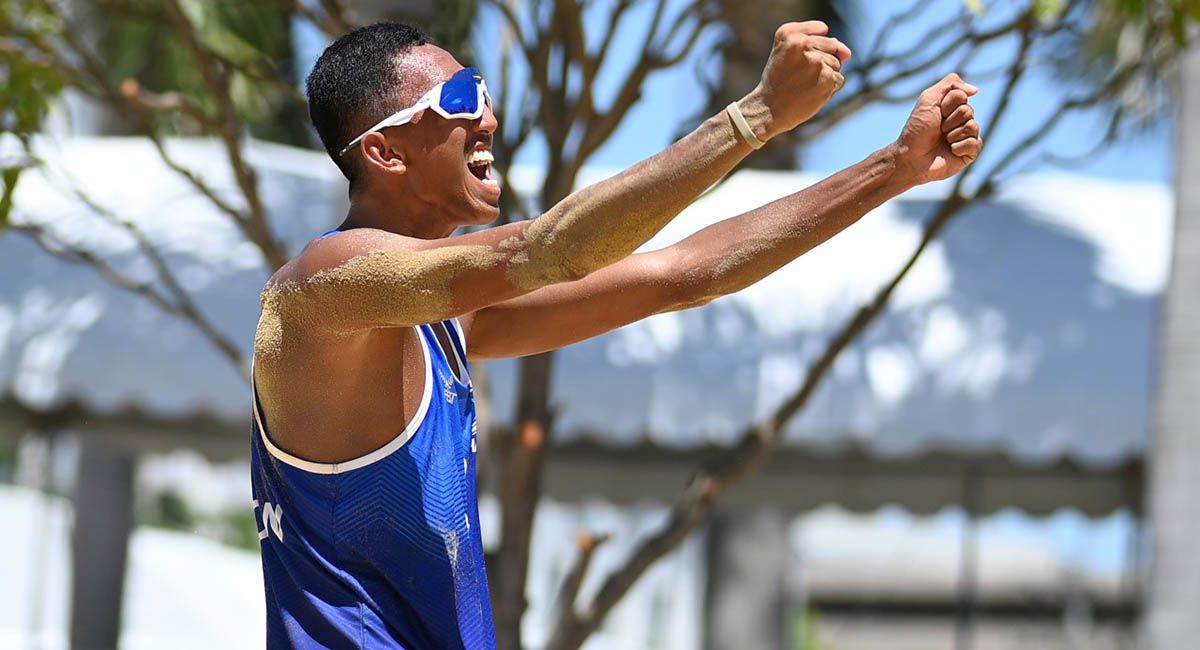 Philippine Team 1 Requinton and James Buytrago put up a gallant stand but got swept by Lebanon’s Team 1 El Azzi and Jean Abi Chedid, 19-21, 19-21.

The winner of Philippines and Australia match battles Japan, which swept Kazakhstan in their semis series, on Saturday for the lone final round berth.

It was the first win of the Philippine men’s beach volleyball team since its bronze medal run in the 2019 Southeast Asian Games.

The Filipino Spikers managed to start their Continental Cup campaign on a high note despite coming off a year-long inactivity amid the pandemic and only having a three-week training camp in Ilocos Norte.

Kensuke Shoji and Masato Kurasaka completed the sweep on Kazakhstan 2’s Alexey Sidorenko and Kirill Gurin with a 19-21, 21-19, 18-16 victory.

Requinton and Garcia squandered a 14-10 lead in the second set as El Azzi and Paul Bou Akl fought back to tie it at 17-all. The Filipino spikers nailed two attacks in a row to regain the upper hand before the Lebanese committed back-to-back errors.