Those were the first words that came out of La Salle middle blocker Mika Reyes’ mouth when asked about her celebration after her single block on Ateneo top hitter Alyssa Valdez in their marquee faceoff in the UAAP Season 78 women’s volleyball tournament on Saturday.

Reyes timed her block perfectly as Valdez rose for her patented back row attack late in the second set, leading to a point that opened a 23-13 lead for the Lady Spikers.

The highlight play, however, wasn't what trended on social media.

After the emphatic block, the fair-skinned Lady Spiker stared down Valdez, who was down on the floor, then stuck her tongue out as she turned her back to celebrate with treammates.

Of course, the scene took on a whole new dimension since Reyes happens to be the former girlfriend of Ateneo basketball star Kiefer Ravena, who is Valdez's rumored beau.

Reyes, though, insisted there was nothing personal to the play.

“Adrenaline rush talaga siya, I swear,” said Reyes when a handful of sportswriter caught up with her outside the press room after the post-game interview at the Smart Araneta Coliseum.

Reyes said she hopes fans won't make a big issue of the incident, insisting she and Valdez are friends. 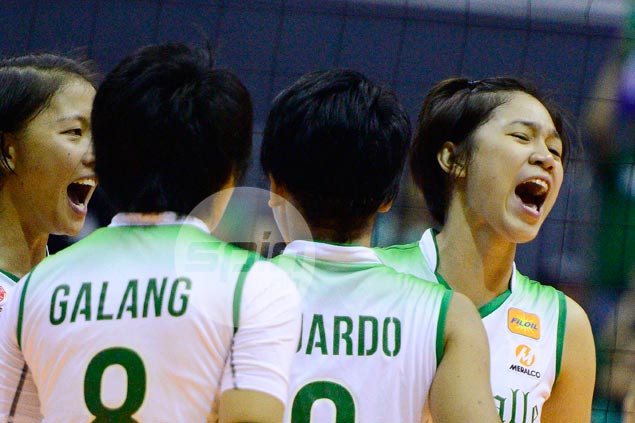