From a teen who can't even send serve across the net, Mika Reyes sure has come a long way

BACK when she was a towering teen, Mika Reyes could have used her height to take a different, more glamorous path —perhaps taking initial steps to become a model or a flight stewardess, perhaps — than the seldom rewarding, but often punishing grind of sports.

Yet the former La Salle stalwart looks back with a big smile almost a decade after her decision to enter her high school sports club to put her height to good use. Because long, hard, and winding as her road may have been, Reyes now looks to stand tall on the grandest of stage, competing against the top volleyball players of the world.

The 22-year-old middle blocker was the last player to receive the golden ticket to the FIVB World Club Women’s Championship on Thursday night. And Reyes along with her mother were still both in disbelief a day after the announcement, the truth still sinking in that one trivial decision could take them this far.

The lanky Reyes never was the star of her high school team, but La Salle coach Ramil de Jesus saw the potential in her after joining in the Manila meet on her fourth year in high school. And the veteran mentor quickly made his pitch.

However, growing up in Manila and spending four years in a high school that was just a stone throw away from La Salle made her want a change of environment for college — looking at University of Santo Tomas, Ateneo, or University of the Philippines instead.

But fate somehow intervened in a way that both Mika and her mom could not explain, as she chose La Salle instead.

But her La Salle journey was not as smooth as her complexion.

Together with then-new recruit Ara Galang, the two rookies had big shoes to fill in replacing Jac Alarca and Paneng Mercado, respectively. What’s worse for Reyes, fondly called ‘Yeye’ by those close to her, was that she was falling far short of expectations, and she was bringing down her teammates with her.

“Si Ara, start na siya noon high school pa lang siya, pero ako as in from scratch, as in from zero, ‘yung tipong magpapasok ako ng service hindi ko kaya,” said Reyes, who shared that de Jesus would punish the team every time she failed to put the ball across the net from the service line. 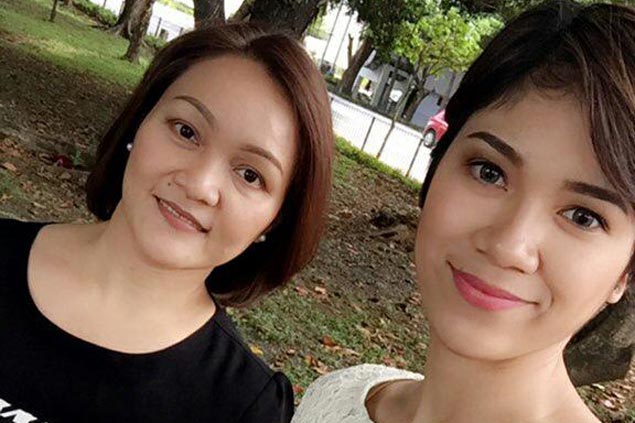 Fast forward to 2016, Mika, who thought of quitting during those trying times, somehow scored a grand slam in Philippine volleyball.

On March 30, she ended her celebrated UAAP career with a championship, making it three titles with La Salle. On July 12, she was named as the new PSL ambassador. And 16 days later, she was the last player to receive the golden ticket to the FIVB World Club Women’s Championship, joining the RC Cola Army pair of Jovelyn Gonzaga and Rachel Anne Daquis, Petron duo Jen Reyes and Ces Molina, Foton stalwart Jaja Santiago and her fellow F2 Logistics player Kim Fajardo.

“Kailangan ng malupit na preparation for this,” she added.

While Mika was all smiles after the announcement, her proud mother was crying tears of joy along with fans of the F2 Logistics middle blocker inside the jampacked venue .

Mommy Baby and the rest of the Reyes family make it a point to travel all the way from Pulilan, Bulacan just to cheer for Mika. And while it took them even longer in getting to Lipa, Batangas, the trip was all worth it.

The highs from her achievements also come with some lows, as the cheers of this momentous occasion for the Reyes family were also met with some jeers online.

Still, Mika knows it comes with the territory, and she’s glad her family is there to cheer her up when she’s down, to keep her grounded when she’s winning, and to remind her that she’s loved either way.

The Reyes household, especially Mommy Baby, is Mika’s anchor, her constant reminder that no matter what happens there’s someone who got her back.

“At the end of the day, they keep me grounded,” she said. “Hindi kasi sila ‘yung tipo ng stage parents, nandyan lang sila magsasabi lang na, ‘O, bawi na lang next time’ or ‘Good game, keep it up’ mga ganoon lang. Simple things lang but those mean a lot to me.”

The doting mother of three, however, could not help but be hurt when she hears or reads mean comments hurled at her eldest child, especially on social media. Yet she marvels at the maturity of her daughter. 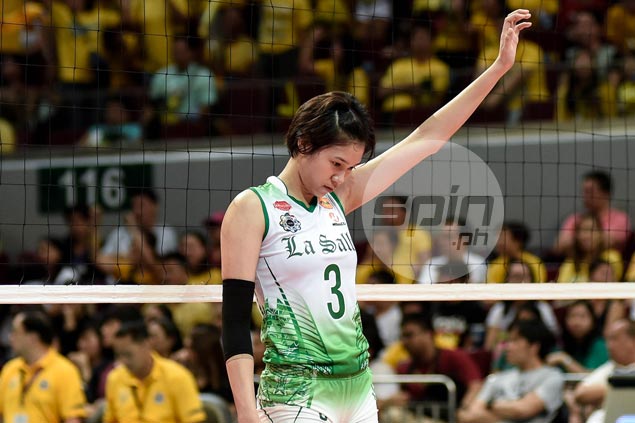