LIPA CITY — Mich Morente is proud to see how Jho Maraguinot is slowly getting back to her lethal form with the Perlas Spikers.

Three months ago, Maraguinot and the Perlas Spikers struggled in their on-court return, snatching only a win in nine games in the Premier Volleyball League Open Conference after a Covid-19 outbreak in their Baguio training camp and a delegation member tested positive that made them miss the first week of the bubble tournament in Ilocos Norte.

With better preparation this time, it’s so far so good for Tuguegarao, led by Morente and Nicole Tiamzon, as it pushed PVL champion Chery Tiggo to its limits before losing in four sets on a Saturday and swept young teams California Precision Sports and Baguio to keep its title hopes on track with a 2-1 record.

On Monday, Maraguinot, coming off the bench, showed flashes of her prolific offense as she fired six aces to lead all scorers with 10 points as Tuguegarao swept Baguio in three sets for its second straight win. 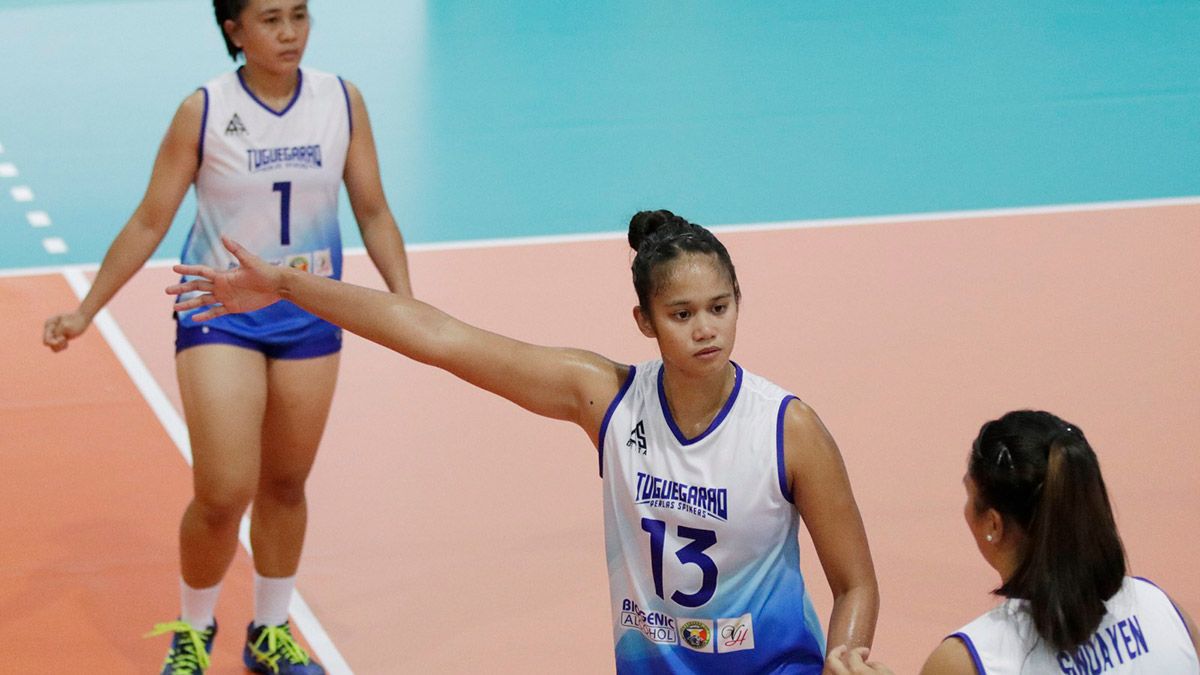 Perlas captain Morente was so happy to see her former Ateneo teammate regaining her strong attacking, which she was known for during her UAAP playing years.

Maraguinot, who was marred with injuries in her club career, said she’s taking things one step at a time in regaining her peak form and she’s glad to have a great company with Morente and the Perlas Spikers.

“I’m taking it one day at a time. Marami ding inaayos pero I’m grateful na yung teammates ko tinutulungan din nila ako. Hindi lang naman ako yun and thankful din ako sa coaches, because everyone in the team was given a chance to play today and yesterday,” said the outside spiker from Alitagtag, Batangas.

Tuguegarao coach Rei Diaz said the best is yet to come for Maragunot and he’s patiently guiding her to get back to her old self.

Maraguinot and Morente are excited to rekindle their rivalry against the former La Salle stars of F2 Logistics on Tuesday at 4 p.m.

“Super excited kasi they are the defending champions sa PSL. Hopefully, marami kaming matutunan sa game nila and well give them a good fight,” said Morente, who also played for F2 Logistics before the pandemic and played for La Salle in UAAP beach volleyball 2018.