COACH Sherwin Meneses is confident the Philippines can advance to the quarterfinals after a tough start to the AVC Cup for Women.

Missing the opening match after being placed on health protocols, Meneses returned to call the shots on Tuesday although the Philippines went on to absorb its second loss in as many matches, bowing to powerhouse China at the PhilSports Arena in Pasig. They earlier lost to Vietnam, also in straight sets.

The Creamline coach, however, believes the team can emerge in the top four of the five-team Group A and make it to the quarterfinals. 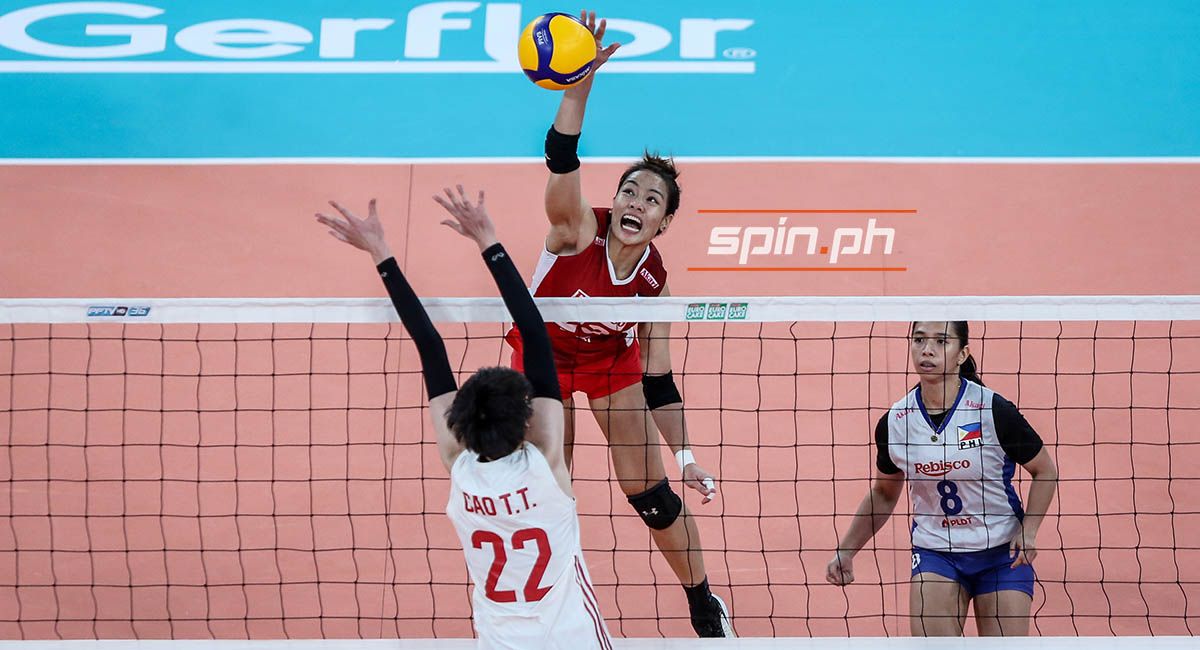 Jema Galanza and the Philippine team hope to finally score a win.

The Philippines faces Iran on Wednesday at 7 p.m. before ending pool play on Thursday against youth-laden South Korea.

"It feels great to represent the flag again. It's always a privilege to be able to represent the flag the best way we can and we're going into this campaign with everything we've learned in the past years," said De Guzman, back in the national squad after her stint in the 2019 Asean Grand Prix and Southeast Asian Games.

De Guzman orchestrated the offense and the spikers wound up with 37 attacks against China’s 47, while tallying five points of her own including two aces.

"Going into this game, we were expecting them to be one of the strongest teams in the world and we wanted to get as much experience as we could and we gave the best fight we could give today and I'm really proud of my teammates," said De Guzman.

No matter what we have been given this opportunity to rep the PH and Creamline are very thankful to be here and whoever we have in the court, we will do our best."

All four from Pool B — Japan, Thailand, Chinese Taipei and Australia — will advance.