LOOK: Jaja Santiago and Co. show up for PH tryouts in PPE-inspired gear

Jaja Santiago led the sprinkling of veterans who showed up for the Philippine National Volleyball Federation-organized tryout overseen by head coach Odjie Mamon for the women’s pool in this year’s Southeast Asian Games in Vietnam.

Japan V.League import Santiago and Laure, the youngest member of the 2019 women’s national team, and Chery Tiggo teammate Mylene Paat all showed up wearing their PPE-inspired practice gear from their mother PVL team.

All the participants from the players to the coaches wore masks the entire procedings in accordance with health and safety protocols set by Dr. Raul Canlas, medical commission head of both the PNVF and the Philippine Olympic Committee.

“The federation puts the health and safety of the participants in equal footing with our goal of forming the national teams as soon as possible,” PNVF president Ramon “Tats” Suzara, adding the teams will be fielded in the Hanoi SEA Games in November and possibly the Asian Women’s Championships in August — in the event the Asian Volleyball Confederation awards the hosting chores to the country. 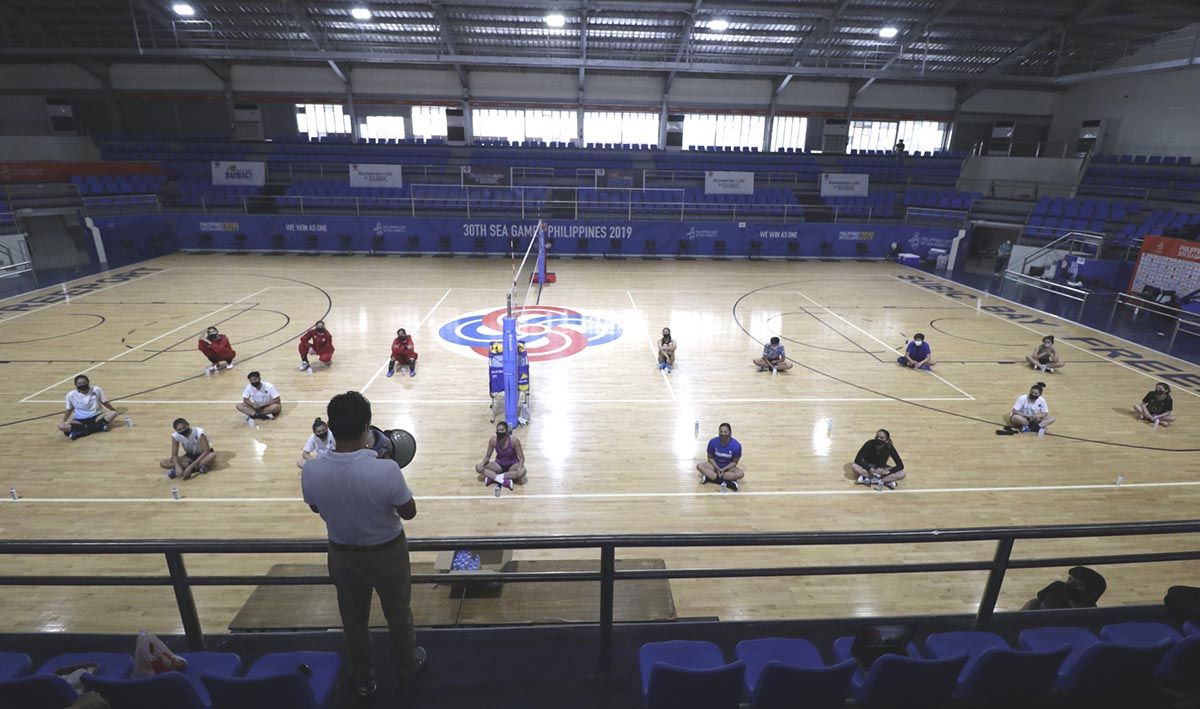 National Teams Commission head Tony Liao said on Tuesday that these 16 players are likely to earn their spots in the 25-member pool.

MJ Phillips couldn’t join the tryouts as she was forced to go into quarantine after a staff in her Sta. Lucia team tested positive for Covid-19 only recently.

The coaches of the four national teams will deliberate on May 1 over their respective 25-member pools before PNVF president Tats Suzara makes the announcement on May 7.

The federation is eyeing to start the bubble training of all teams by May 15 in Subic.

“When the training begins tentatively on May 15 in Subic, the coaches specially in the women’s volleyball team will analyze if the pool will be good to play in the forthcoming Hanoi SEA Games. If not, a possible second tryout will be called,” Liao said.