LIKE four other Premier Volleyball League teams, Sta. Lucia has also begged off from taking part in the 2021 AVC Asian Women's Club Volleyball Championship set from October 1 to 7 in Thailand, citing health and safety concerns.

“We have determined that present local health requirements and regional conditions are not conducive to a safe and healthy competition,” the team wrote. “The safety and health of our entire delegation are first and primary in our decision.” 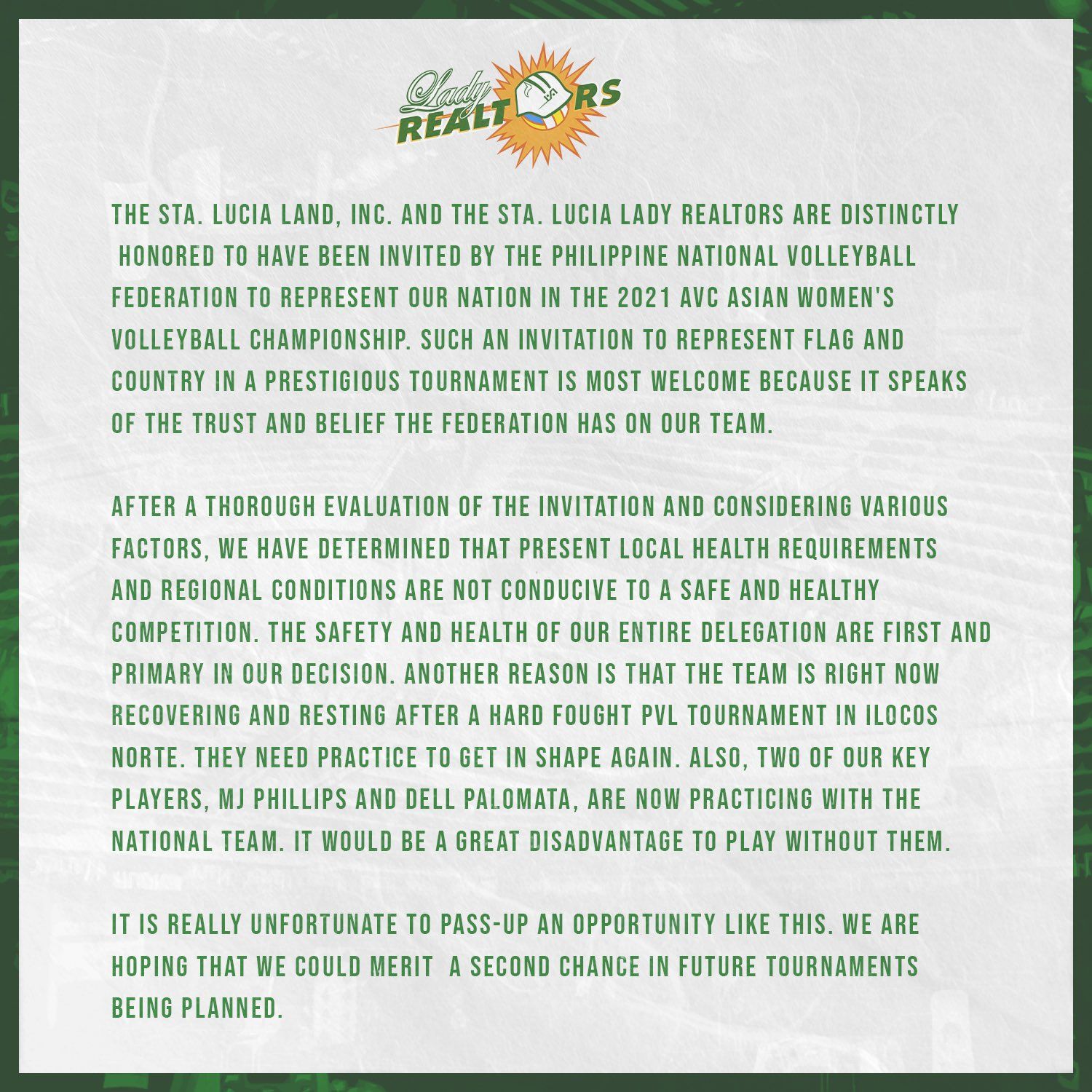 Sta. Lucia said the players and coaches are still recovering after a grueling campaign in the PVL bubble in Ilocos Norte. It also confirmed that MJ Phillips was invited to the Philippine women’s volleyball training pool, joining teammate Dell Palomata.

“Also, two of our key players, MJ Phillips and Dell Palomata, are now practicing with the national team. It would be a great disadvantage to play without them,” the team said.

Tonyboy Liao, head of the National Teams Commission, said the federation might only send one team, which is the Philippine squad, as no PVL club could join.

“I think no Club team will be interested. The Top 5 teams declined & Perlas. I think Army and Balipure will have no money to join. The team will be needing to pay for air tickets, $60 per person per day for hotel & $900 entry fee. That’s about P500,000,” said Liao, who is also the PVL Commissioner.

On Tuesday, Liao confirmed that the Philippine women’s volleyball pool broke camp in Batangas last Friday after the AVC Asian Women’s Volleyball Championship scheduled on August 29 to September 5 was postponed to next year.

The pool will continue preparing for the continental club tournament in another training camp either to be set up either in Subic or Pampanga, Liao added.