LIPA CITY — Kianna Dy has emerged as one of F2 Logistics’ reliable spikers as they move on the cusp of ruling the Philippine National Volleyball Federation (PNVF) Champions League.

Besides Kalei Mau’s nearly-unstoppable play, Dy has been the team’s consistent scorer, averaging 11 points in four games that helped the Cargo Movers to stay undefeated without dropping a set so far.

The opposite spiker out of La Salle came out of her shell from the long pandemic layoff since she returned to action with Rebisco in the Asian Women’s Club Championship in Thailand last month.

Kianna Dy: delivering on both ends

And one thing the prolific hitter’s evident improvement was floor defense — her weakness in the past.

“That’s one thing that I really worked on, we really worked on as a team din coming into this tournament,” said Dy after scoring 12 as F2 Logistics beat Tuguegarao on Tuesday.

“I know naman in myself na I have to improve also on my floor defense and that’s what I need to continue on improving pa.” 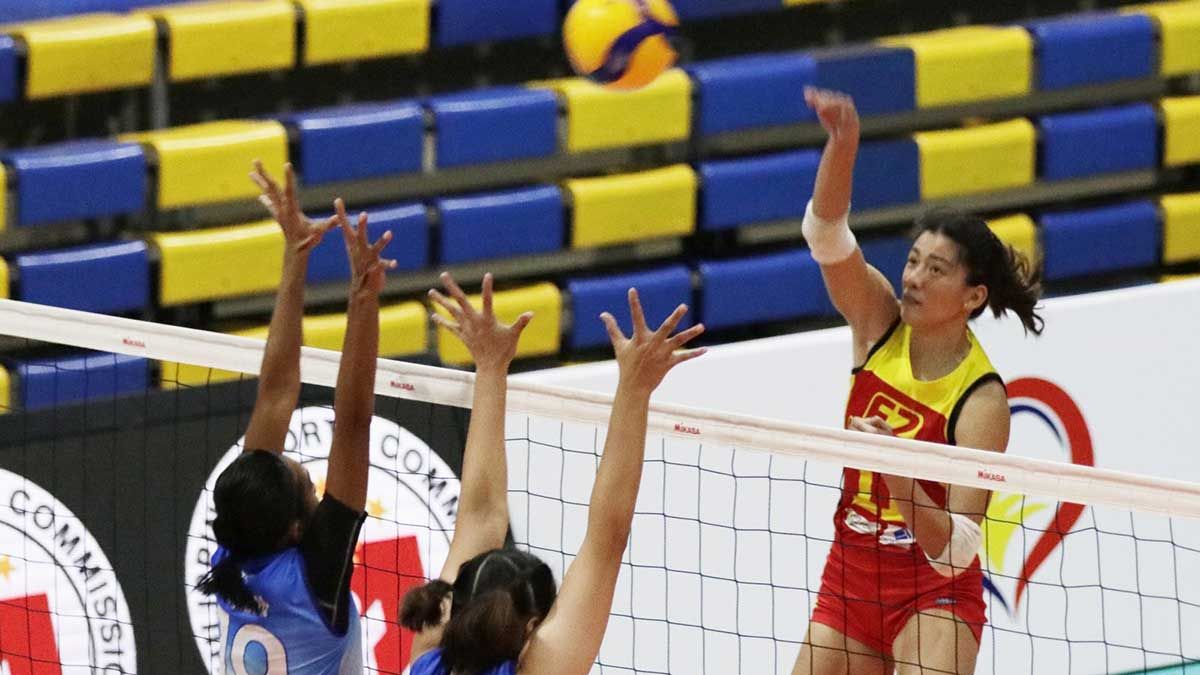 When asked about the impressive showing of the 2016 UAAP Finals MVP, coach Ramil De Jesus quipped: “Wala akong masabi baka lumaki ulo,” that made Dy laugh in the post-game.

Seriously speaking, the multi-titled head coach said it’s a fitting role development for the 26-year-old as her game has alreay matured and reached another level.

With F2 Logistics on the verge of winning the inaugural tournament, Dy is eager cap her team’s comeback from a 20-month layoff with a championship.

“Matagal na rin kaming hindi naglalaro, two years I think. And as a team rin F2 mahaba rin talaga yung preparation namin kasi hindi rin kami nakasali ng PVL,” she said. “We took everything like all our learnings and all our trainings into this tournament also.”