Denied of medal as teammates, Jessie Lopez savors one with Alinsunurin as coach

AROUND this time last year, Jessie Lopez and Dante Alinsunurin fulfilled their dream together when the Philippine men’s volleyball team captured the silver medal in the 30th Southeast Asian Games.

It has always been the dream of Lopez and Alinsunurin to win a medal for Philippine men’s volleyball ever since they played together for the national team in 2007.

Alinsunurin was the captain of the Philippine team when he teamed up with Lopez, who was in his senior year at Far Eastern University during that time.

They played together in the 2007 Sting Cup in Ho Chi Minh, Vietnam and 2009 Asian Senior Men’s Volleyball Championship but they failed to bring home their dream medal.

Their partnership has come a long way from playing together in the Air Force and Philippine team to coaching as Lopez also serves as assistant coach to Alinsunurin in National University men’s volleyball team.

They earned a shot to fulfill that dream when Alinsunurin took charge as head coach of the national team, while Lopez made it to the final line up.

They exceeded their modest goal as the Filipino Spikers dethroned Thailand with a miraculous five-set comeback to reach the SEA Games Finals, where they yielded to Indonesia and settled for a silver medal that ended the four-decade medal drought.

Lopez played as back-up setter to rookie Joshua Retamar but he showed his brilliance in crunch time when Alinsunurin called his number. 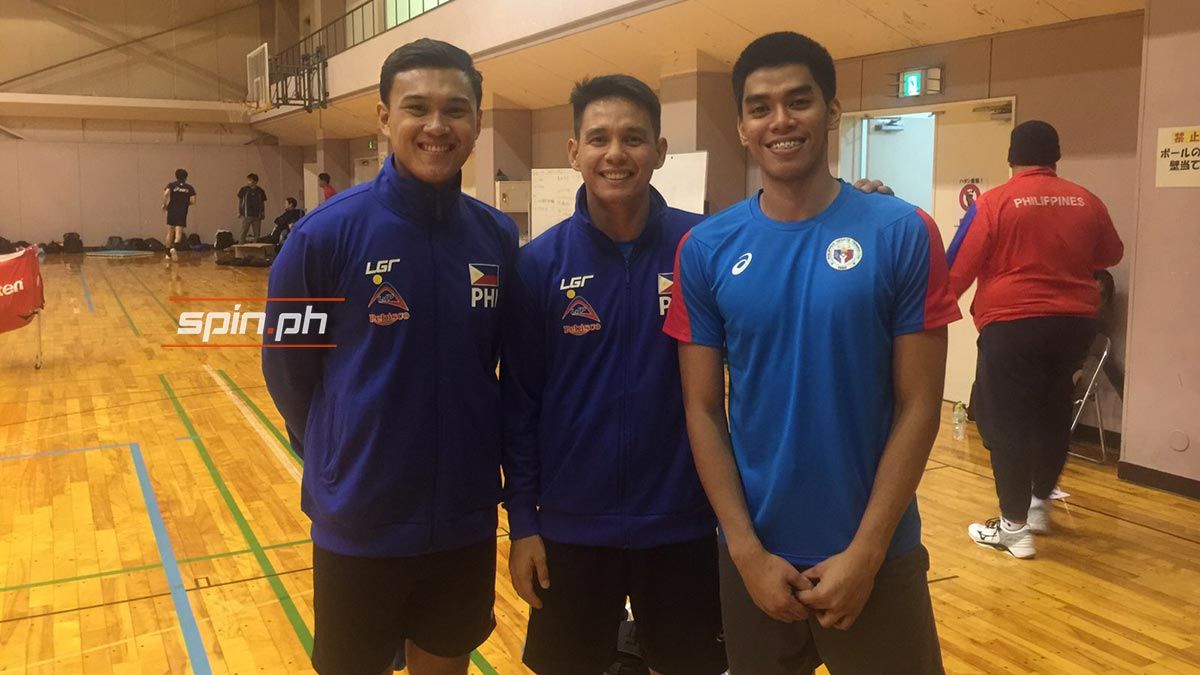 The Nationals proved that teamwork makes the dream work in its amazing comeback win over the Thais with Bryan Bagunas nailing the iconic game-winning spike in the fifth set of the semis.

But the 34-year-old playmaker Lopez spelled the difference in that game as he entered late in the fourth set and sparked the comeback with his brilliant sets to Bagunas and Kim Malabunga to force a decider.

Behind Bagunas’s winning spike, Lopez was the unsung hero of the team as he was able to recover a broken play and bump set the ball to his spiker to seal the silver medal.

It was a play that Lopez will remember for the rest of his life after finally achieving his dream with his teammate-turned-coach.

Alinsunurin knew that his longtime buddy wouldn't let him down. That’s why he kept Lopez in their SEA Games campaign.

A year has passed but the momentum of the rise of Philippine men’s volleyball was stopped by the Coronavirus Pandemic, which cancelled their Spikers’ Turf league and Asian Volleyball Confederation tournaments rescheduled for next year.

Alinsunurin and Lopez hope that they will get the go-signal to train and play again next year as they eye to win the gold in the 2021 SEA Games.

But even in these trying times, they are regaining hope and enough encouragement by simply watching the replays of their precious stint and looking at their SEA Games silver medal and bronze from Thailand Open Sealect Tuna championship last year.