Here's No. 24 of our Jersey Story Series:

YOU don’t always get what you want in life but you can make the most of what is given to you.

It was the same for La Salle libero Dawn Macandili, who ended up wearing the jersey number of former Lady Spikers defense specialist Mel Gohing.

She shared that it was not her intention to inherit Gohing’s jersey no. 5, it was just given to her when she first made it to the La Salle roster five years go.

“Binigay lang sa akin eh,” was Macandili’s quick answer when SPIN.ph asked why No. 5 was her jersey number. 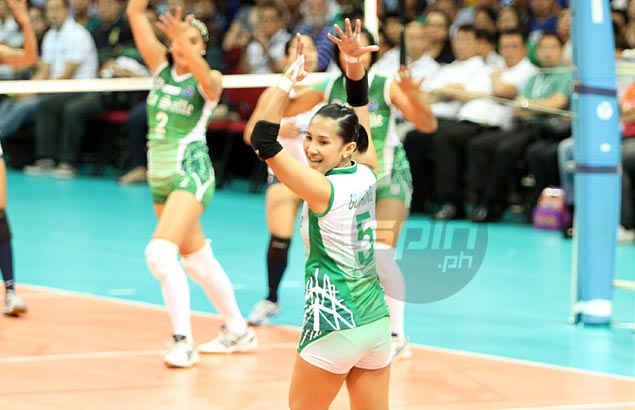 Filling in the void left by Gohing, a seasoned libero, wasn’t an easy job even for Macandili.

Like any other newbie who would replace a veteran, she felt tremendous pressure living up to the standard set by Gohing.

Proving that her heart can compensate for her lack of height, Macandili, who played for F2 Logistics, won the MVP in the Philippine Super Liga All-Filipino Conference in 2016, making her the first libero to receive the top honor.

A year later, she made it to the national team and was hailed as the second best libero in the AVC Asian Women’s Volleyball Championships and saw action in the 29th Southeast Asian Games in Kuala Lumpur, Malaysia. 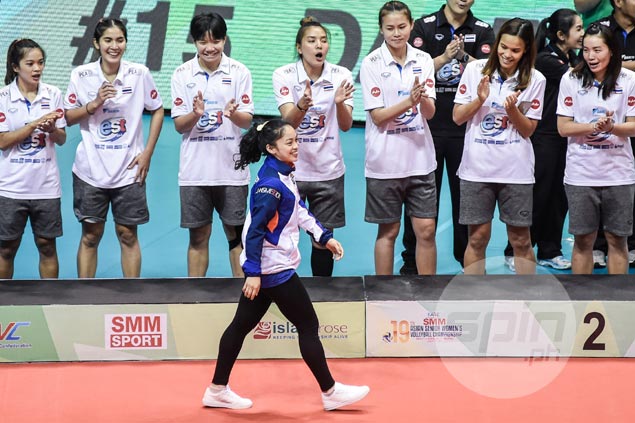 The year 2017 was Macandili’s time to shine - La Salle won its 10th championship in the UAAP women’s volleyball, F2 Logistics copped the PSL Grand Prix title - all her accomplishments earned her the nod of the Philippine Sportswriters Association to win the Miss Volleyball award.