JEMA Galanza has opted to sacrifice her spot to the women’s national volleyball pool and stay with Creamline for its title-retention bid in the Premier Volleyball League Season 3 Open Conference.

The national team is going to fly to Thailand on Saturday for a 12-day training camp, while the PVL players, who are part of the pool, will leave on September 15 to catch up and joing the whole squad also for the the Southeast Asian Grand Prix in Nakhon Ratchasima, Thailand from September 20 to 22.

With three-time MVP Alyssa Valdez and Jia Morado missing Creamline from Sept. 15-23 early in the second round, Galanza feels the Cool Smashers won't be able to afford losing more players so she decided to beg off.

Valdez and Morado will play their last game against BaliPure on Sunday, where they seek to complete an eight-game first round sweep before leaving next week.

Other PVL players leaving are Iris Tolenada of Motolite, Maddie Madayag of Choco Mucho, Jovelyn Gonzaga of Pacifictown-Army and Eya Laure of University of Santo Tomas as well as coach KungFu Reyes, who calls the shots for UST and Army.

The Creamline skipper was impressed with the courage and sacrifice of Galanza. 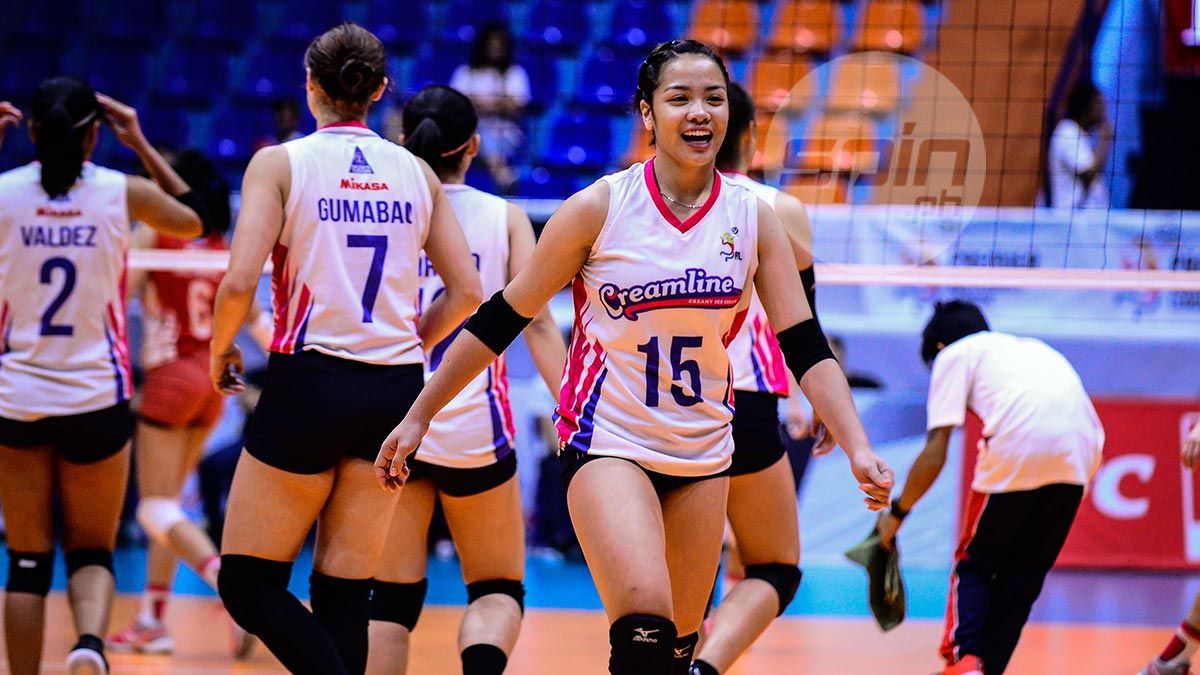 Back-up setter Kyle Negrito will fill in the shoes of Morado, while substitute wing spikers Fille Cainglet-Cayetano and Heather Guino-o will help Galanza to step up for Valdez’s position.