JAJA Santiago is looking to explore other opportunities in different overseas leagues after her stint with Ageo Medics in the 2020-21 Japan V-League.

Santiago bared in the Philippine Sportswriters Association (PSA) Forum that her agent has submitted her profile to volleyball leagues in Italy, Turkey and China for her to have options once her contract in Japan expires in March.

The 6-foot-5 middle blocker, who has been the import of Ageo since 2018, added that she is still open to play again for her current club team but she also wants to try her luck if there will be new opportunities in other overseas leagues. 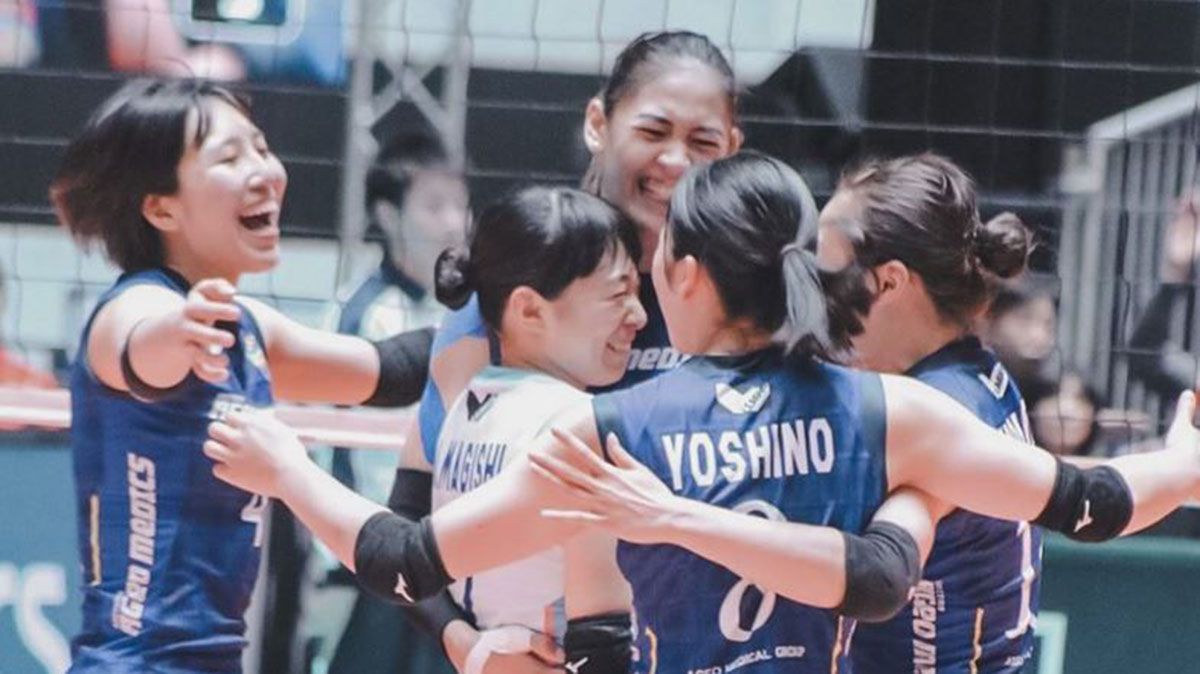 The former National University star said she will be coming home to the country in March. But for now, her focus is to lead Ageo Medics to another semifinals appearance.

The Saitama-based squad is currently at fourth place with an 11-8 win-loss record. Santiago and her team are in a must win match against the No.2 NEC Red Rockets on Sunday to keep their semis hopes alive but a victory won’t assure them in the Final Four as Okayama Seagulls (11-9), Hisamitsu Springs (10-10) and Denso Airybees (10-7) are still in contention.

The 25-year-old star of Chery Tiggo also expressed her commitment to the newly formed PNVFI, headed by President Tats Suzara, once she gets a call-up for the Philippine women’s volleyball team.

The former UAAP MVP missed the last 2019 Southeast Asian Games due to conflict on her schedules with the Japan League and the national team.

But this time, Suzara assured that the new federation will try to align the country’s volleyball calendar with the FIVB to avoid conflicts and request the overseas clubs to allow Santiago and other Filipino imports to play in the national team’s games.

“We have to fix the calendar of competition sa Pilipinas because our problem here, we are not following the FIVB calendar. From October to May that is the natonal team calendar. All the players should focus sa national team. Ang problema natin ang school calendar natin is very different from Japan, Europe and US,” Suzara said. “So the only option there like Jaja kunwari may SEA Games tayo, the second option is to request the club owner to allow Jaja to play in the SEA Games kahit one week lang or two weeks.”

“It will not affect their contract in the club team. This is the option that we have but we will do our best to fix the calendar first. Hindi naman mabilis yan there should be a transition. We are open to have a good relations to the japanese clubs or any clubs world wide,” he added.